Philip Ridley's darkly comic new play is about art, family, memory...and being haunted by the life we never lived 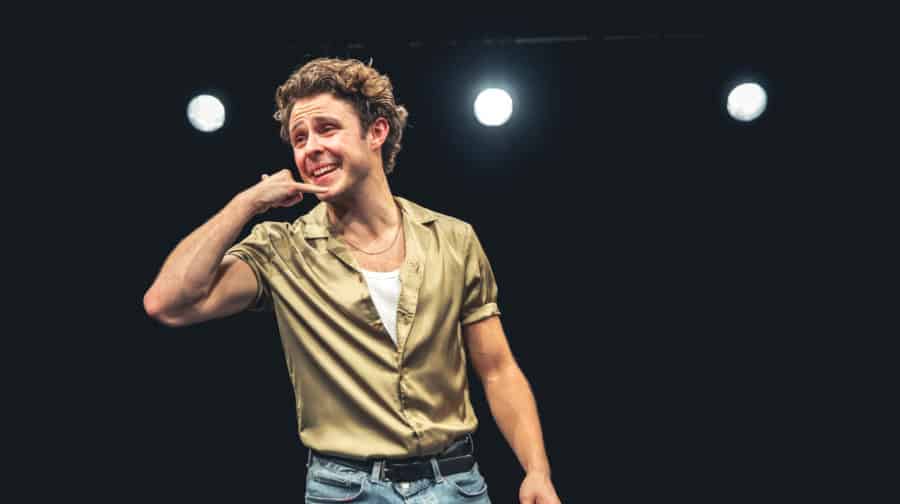 Sasha was destined to take the art world by storm. At the age of fifteen pop stars wanted his paintings, and a new exhibition was going to make him a rich. But now he serves in a stationer’s and no one’s even heard of him…What went wrong?

Philip Ridley’s darkly comic new play The Poltergeist is about art, family, memory…and being haunted by the life we never lived.

Following the 5 star critical success of the live streaming of The Poltergeist during the second lockdown in November, Tramp are delighted to announce that, for a limited season only, this ground-breaking work will be available to view online via the Southwark Playhouse website, in partnership with streaming service Stream Theatre.

Widely considered to be one of the greatest living British writers, Philip Ridley’s previous plays include The Fastest Clock in the Universe, Radiant Vermin, The Pitchfork Disney, Tender Napalm, Dark Vanilla Jungle, and Mercury Fur, as well as the screenplay for the 1990 film The Krays. 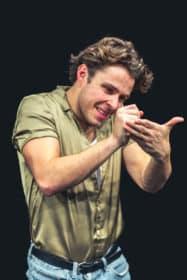 Tramp returned to Southwark Playhouse with The Poltergeist in November for three performances following the postponement at the start of 2020 of Philip Ridley’s The Beast of Blue Yonder. Shortly before the first performance the UK Government announced a second lockdown across the country. Rather than cancel the show, Tramp, Philip Ridley and actor Joseph Potter decided to continue without an audience in the theatre and to live stream each performance. The result was a phenomenal success that received almost entirely 5-star reviews across the board.

“I’m so excited to be able to bring The Poltergeist to a wider audience after its success in November. It’s a major new play by one of Britain’s major playwrights: funny, moving, and, as always with Ridley, full of surprises. Joseph Potter is one of the most exciting young actors I’ve ever seen and with a super-talented up-and-coming female director Wiebke Green at the helm the show is something really special.”