“There’s not a shop like us anywhere near here. Not down Walworth Road, not this size. And there certainly won’t be in the new shopping centre development" 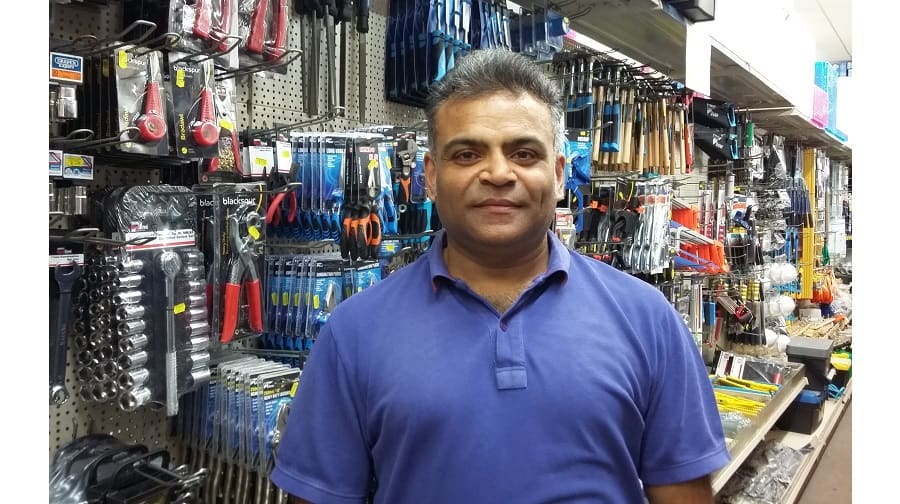 A well-known DIY shop in Elephant and Castle Shopping Centre has confirmed it will close its doors in November, after word spread it would shut down imminently.

Pricebusters was given a three-month extension to its lease after a deal was struck between the shopping centre’s landlord Delancey Ltd and the owner of the business.

The shop’s manager of 22 years, Amul Patel, told the News: “We were due to close but we now have another three months. I had stopped buying stock.

“Customers were coming in saying they had seen on Twitter that it was going to close.

“It was quite a nice feeling to know that people cared. We appreciate knowing that we’re appreciated, and we would hope that would be enough to make the landlord change their mind.

“But business has been going down year after year. When the Heygate Estate was still here there was a much bigger community.”

The shop’s eventual closure will mean job losses for its four staff, and the end of what was once a small chain with stores in Surrey Quays, Catford and Anerley.

The 55-year-old added: “There’s not a shop like us anywhere near here. Not down Walworth Road, not this size. And there certainly won’t be in the new shopping centre development.

“After another three months, it will depend on what’s decided, but I hope they will let us sign another lease extension.

A report from Southwark Council, published in May this year, said the 1960s shopping centre is due for demolition in 2019.

A planning application to transform the area with new tower blocks, new shops, a new Northern Line entrance and campus for London College of Communication, has yet to be approved.

Very disappointed to loose this shop.

Has it moved anywhere else along Walworth Road ?