Popular Millwall social club, Wheelshunters, could be knocked down and turned into traveller site 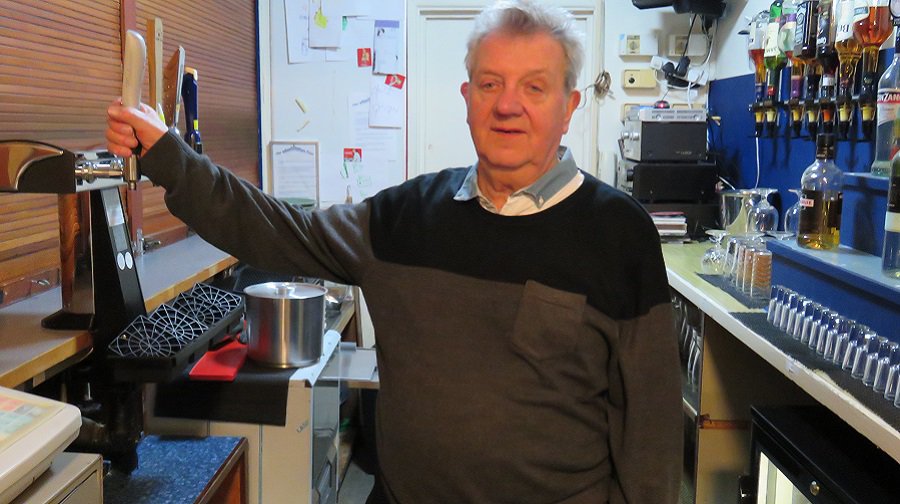 Peter Baker, 81, who has been running Wheelshunters since 2012

A popular Millwall watering hole could be knocked down to make way for a permanent traveller site in Lewisham.

Lewisham Council has earmarked Wheelshunters Social Club land, in Hornshay Street, and a nearby multi-use games area as a potential site to build on after deciding at least six pitches would be needed for the travelling community over the next fifteen years.

Land next to Pool Court, in Catford, has also been identified but only one site will be needed.

Peter Baker, 81, has been running Wheelshunters, formerly known as New Cross Social Club, since 2012 and was previously on the committee at Brockley Social Club for 50 years.

The great-grandfather said it would be a “sad day” if the club was knocked down and that it would be a shame to take away the playing area from children living nearby.

“They [the club members] think that it’s disgusting to take away a place where people can go and socialise,” he said. “All the Millwall supporters say that it’s outrageous.

“We’ve got 235 members who have put a lot of money into this place over the years and there are more than 100 people here on match days.

“It’s so nice to come in on a Saturday and make all of the fans warm and feed them and then see them come back afterwards and discuss the game.

“And the children come in and can play ball out on the grass outside until the match starts.”

The social club has a pool team and darts team and hosts weddings, birthdays, children’s parties and barbecues throughout the year.

“If they said they were going to knock us down to build 200 flats that would make more sense to me but I don’t think there’s a need to take it away for a traveller site,” said Mr Baker, who met his wife of nearly 60 years, Rose, while playing football for Millwall Supporters’ Club.

“We’ve got three or four traveller sites within a four-mile radius.”

Mr Baker said he was still waiting to hear of the council’s decision and that the club could remain open for another six to twelve months.

The council held a consultation from October 17 to November 30 to get feedback on the proposals from the public.

A spokesperson for Lewisham Council said: “We had a good response to the consultation and thank all those who took the time to give us their views. These views will be taken into account before any decision is made.

“We anticipate the outcome of the consultation will be reported to mayor and cabinet in the spring.”

Southwark NewsNewsPopular Millwall social club, Wheelshunters, could be knocked down and turned into traveller site