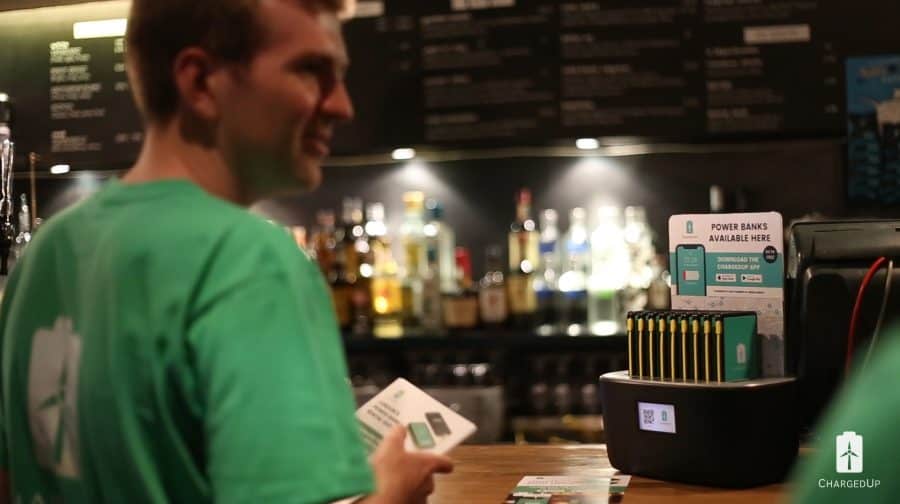 Portable battery banks are to hit Southwark streets – so that you don’t run out of phone charge on the move, writes Josh Salisbury…

London-based Charged-Up is launching its first vending station for mobile phone batteries in the Oxo Tower’s bar and restaurant this week.

The initiative allows people to borrow a battery with IPhone and Android adapters and enough charge to power their phone twice over before returning it to a station of their choice. Founder and CEO Hugo Tilmouth said: “Battery life has not managed to keep up with the demands we put on our smartphones, and running low part-way through the day is now a common, and very frustrating, occurrence.

“It was certainly driving us mad!”

Charged-Up – which bills itself as the ‘Boris bike’ of mobile phones – will charge users from 50p to use a mobile phone bank for as long as they need.

Mr Tilmouth added that the business wanted to ensure it is being environmentally friendly, and said the system runs entirely on green energy from Ecotricity.

The start-up hopes to be in over a thousand venues by the end of the year – and has pledged to partner up with retail giants to make sure a portable phone charger is never far away.

The stations can be found by downloading the company’s Charged-Up app and new users get the first two charges free.