Seeing Jeff and Dan magically create Snow White and all Seven Dwarves is worth the ticket money on its own. 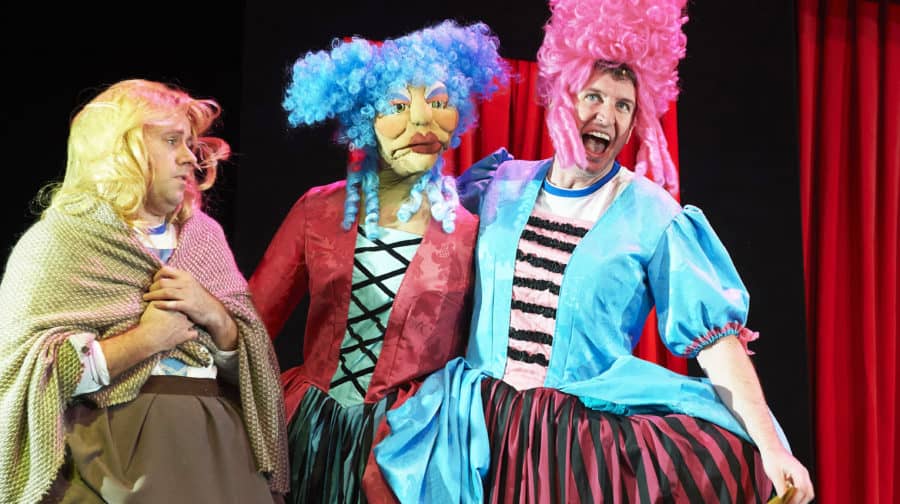 Perhaps this wasn’t exactly the same as the pantos we have seen and loved before but every single person in that restricted audience had a fantastic time because the actors in their bubble on stage gave everything required of them for our great Christmas tradition, writes Michael Holland…

Daniel Clarkson and Jefferson Turner have once again created a brilliant Potted show, and this time one that combines all of the well-known pantomimes, plus a bit of Dickens, with some Sound of Music dropped in, and a few other Christmas favourites getting a mention.

Besides just a tad of help from a beautiful fairy and a chestnut seller appearing on stage, this is a two-man show that seems like an extravaganza with a cast of thousands. Seeing Jeff and Dan magically create Cinderella and the two Ugly Sisters, or Snow White and all Seven Dwarves is worth the ticket money on its own. 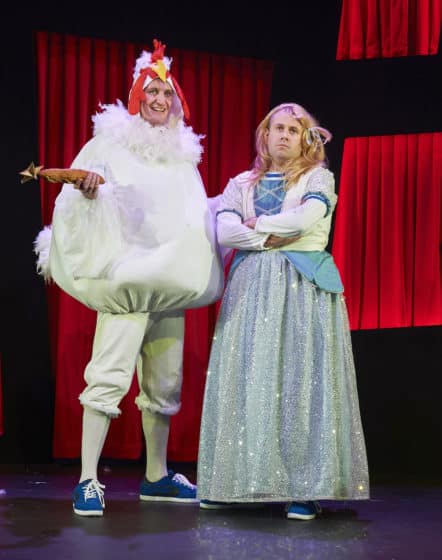 Potted Panto is pretty well full on for over an hour as Dan and Jeff go in and out of doors and enter and exit from the wings in an uncountable number of costumes, with innumerable props, which meant there was going to be a few farcical mix-ups. Hence a Fairy God-Chicken and a Moose laying a Golden Egg, much to the enjoyment of the kids, while adults were tickled by the talk of Prince Charming’s balls.

And for more laughs the prince wouldn’t kiss Sleeping Beauty out of her slumber because she hadn’t cleaned her teeth for a hundred years, and Abanazer, the sorcerer in Aladdin, ended up as Scrooge in A Christmas Carol. Add in the gags galore on Covid and it did not take long at all to forget the troubles of the world outside and get focussed on singing louder than the other half of the theatre.

The beauty of pantomime for me is the little kid chuckling when everyone else has stopped, the boy still laughing at the fart joke from five minutes before, and the girl who thinks the Dame’s pink feather boa is worthy of hysterics. Potted Panto creates moments just like those for children and goes a long way towards making a merry Christmas.

Of course precautions are taken to keep the audience safe, who have to play safe themselves. But above all, panto is Christmas and Potted Panto is up there with the best.