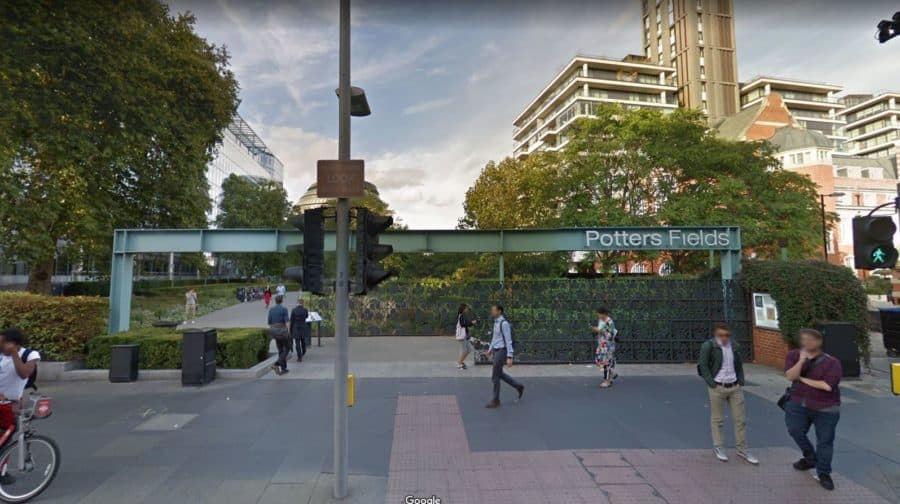 Ugly scenes unfolded yet again at Potters Fields Park near London Bridge over the bank holiday weekend, with a police officer knocked out and four people arrested for violent offences.

Officers were patrolling the popular park on Saturday (May 1), which has seen several incidents of violence, drug dealing and other anti-social behaviour for weeks, going back to the Easter weekend.

Someone was assaulted in the park and police detained several people they suspected of taking part in the attack.

In the ensuing disorder, a police officer was knocked out cold and needed to be taken to hospital. A member of the public also needed medical attention, while four other officers had minor injuries.

Four people were arrested on the scene on suspicion of grievous bodily harm, racially aggravated public order and assault of emergency workers.

A dispersal order, allowing officers to break up gatherings more easily, was still in place for the area until 7am on Tuesday morning (May 4). The area stretches from Waterloo Bridge, George Row up to Stamford Street, Southwark Street, St Thomas Street, Crucifix lane, Druid Street George Row and Abbey Street.

Shad Thames locals told the News the incident showed more police were needed in the area at weekends as lockdown continues to ease.

We have reported in recent weeks that many of the hundreds of people who have been causing locals such misery on the weekends are from Essex, and have been organising their gatherings on Snapchat.

Meetings organised in this way are often harder for the police to predict and prevent because Snapchat messages disappear after a short time – unlike posts on other social media websites. It is unclear if the culprits on Saturday were from similar groups.

Last month a young man was stabbed near City Hall in the early hours of Sunday April 11. There was also a brawl near the McDonald’s on Tooley Street in which a police officer was injured and a police vehicle was damaged.

Recent weekends had seemed to be quieter, as dozens of officers were transported to the area in a bid to prevent similar scenes of violence.