May 5 election: the Labour and Conservative candidates vying to become assembly member for Southwark and Lambeth

Ahead of the London Assembly elections on May 5, the News interviews Labour and Conservative candidates: Florence Eshalomi and Robert Flint. 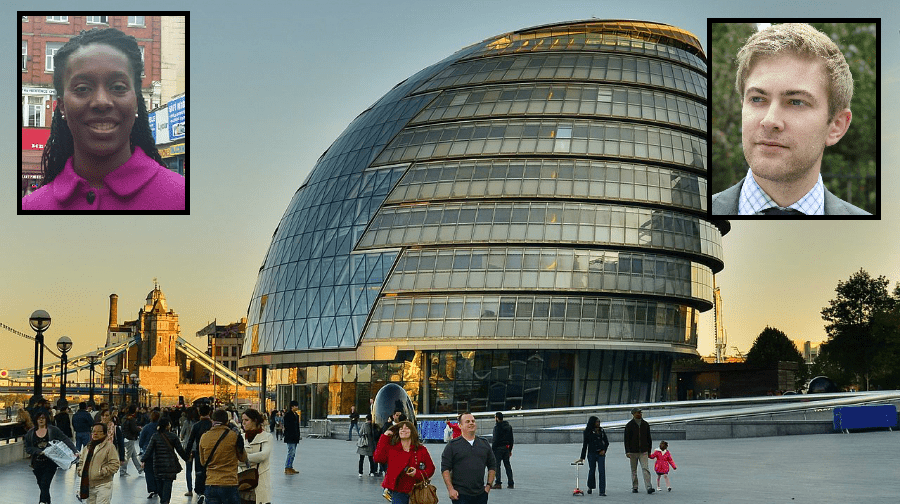 As well as picking the next mayor of London at the May 5 election, you will also vote for a local representative to take the Southwark and Lambeth seat in the Greater London Assembly (GLA).

The GLA works like Southwark Council, only it covers all of London and it is responsible for city-wide planning, big infrastructure projects, housing, the Met Police and the London Fire Brigade.

Londoners’ votes for the GLA will decide who sits in the London Assembly, which has 25 assembly members (AMs). Their job is to hold the mayor’s decisions to account, scrutinize his or her actions, and represent local people by telling the mayor what they want from them.

During the election for assembly members you will be placing two votes. On one ballot paper you put down one vote for your local constituency candidate, who will represent Southwark and Lambeth.

On a second ballot paper you also choose one of the candidates to take a seat in the London-wide assembly, who debate issues facing the whole city.

The fourteen constituency candidates are elected using the first-past-the-post system, just like when you vote for an MP.

This system takes into account the total votes cast in the London-wide ballot, combined with the number of constituency seats that each political party has already won.

Eleven rounds of calculations are then used, and the party or independent candidate with the highest result at each round is allocated a seat.

This voting system is used to ensure the overall Assembly reflects how all of London voted.

The News has interviewed or profiled the candidates fighting to be Southwark and Lambeth’s AM. First we start with the Labour and Conservative candidates: Florence Eshalomi and Robert Flint…

Florence Eshalomie is a Labour councillor for Brixton Hill ward in Lambeth. She is a mother of one, who grew up in Brixton.

The key thing the assembly has to do is about the type of housing being built. We need the mayor to work with Southwark and Lambeth councils. Planning decisions fall on councils, but the mayor has a strategic role to play in setting the direction for what kind of housing we want, and pushing for affordable housing targets. The mayor needs to explore with councils what land can be used, and work in partnership to make make joint bids to get government funding.

The reality is councils in both boroughs have seen their funding cut, so you can’t expect them to build housing with no money. It will also be up to the Assembly and up to the mayor, Labour or Tory, to lobby the government to stop their cuts, and the Housing Bill [new policy feared to reduce authorities’ ability to supply social housing].

Since 2010 Lambeth and Southwark have lost over 300 officers.  But I think it’s about looking at community policing. I want to see the mayor look at how we can get the proceeds from crime to be invested into police forces rather than to the treasury, because it could be used to fund police officers. I have done a lot of work with the police in looking at the use of body cameras, which is something I think should be rolled out across the Met.

TfL are notorious in terms of not consulting with borough councils, so it’s a case of holding TfL to account. I want to explore making sure we get TfL officials down to walk those routes, rather than proposing from Victoria Street [location of TfL’s offices]. It’s all well and good them predicting the gyratory system will ease congestion. But if they don’t walk the route they won’t know the impact of the changes they’re making.

I think it’s about respecting all road users. I’m a driver and the amount of near misses I’ve seen with cyclists and buses petrifies me. Credit to Boris, the dedicated cycle lanes being rolled out are good.

We need to look at redesigning some of our roads to ensure there’s space for everyone. We can also look at piloting restricted hours for HGVs. We can look at improving public realm and pavements.

Robert Flint has lived in the borough since 2008. He is a lawyer with Winkworth Sherwood, volunteers with Southwark Citizens Advice and is a former police special constable.

Boris has built more, technically, affordable homes than anyone else, although not nearly enough. But the word affordable is almost meaningless now because people can’t afford them.

A phrase I have been using in this campaign is a ‘war on all fronts’. You have to increase land supply with brown field land, and building more efficiently while allowing locals to have a say, where people are not going to be forced to leave their communities.

This goes to the heart of the problem across London. Viability assessments, and valuations on properties due to be demolished, are between councils and developers, and there’s not much transparency about how they come to their figures. People’s houses are being undervalued so they have to shell out a lot of money to remain leaseholders in new properties.

It’s precisely those people we need to get on board.

The proposal from Zac Goldsmith [Conservative mayoral candidate] is to make viability schemes and the valuation process a set procedure across London and to make them more transparent, so everyone can see what’s happening.

In terms of numbers, they have held steady at about 32,000 officers, but the numbers of special constables and community support officers has fallen. We need to reverse that trend. They are valuable with ward policing and making sure the police are visible to people.

There are problems with shutting police stations and making efficiency savings. There are five stations in Southwark and Lambeth, and places like Dulwich are quite far away from a station.

Making the Met representative is an ongoing thing but I believe it’s naturally changing.

When I joined the specials it was a complete mix of backgrounds. There is a perception that police stop and search people from ethnic backgrounds, and the flip side of that is knife crime has gone up because people believe they won’t be stopped. You need to have stop-and-search based on police intelligence, where officers focus on specific areas and people they suspect.

It is a complete mess. ‘The Bend’ they’ve put in didn’t work when they were changing it all around and they said it would improve when the two-way started flowing, and I still don’t think it has.

There is a broader point here that there isn’t enough public transport on rail and tube in the area so it forces people into cars.

TfL has a nightmare of trying to make these traffic flows work while balancing the interests of all the road users and pedestrians.

My heart wants to vote for the Labour candidate as I always have but on the events of the past few weeks as well as the details and policies set out above I will lend Mr Flint my vote this time. I hope I am not mistaken!