May 5 election: the Lib Dem and Green Party candidates vying to become assembly member for Southwark and Lambeth

Ahead of the London Assembly elections on May 5, the News interviews the Liberal Democrat and Green Party candidates: Michael Bukola and Rashid Nix... 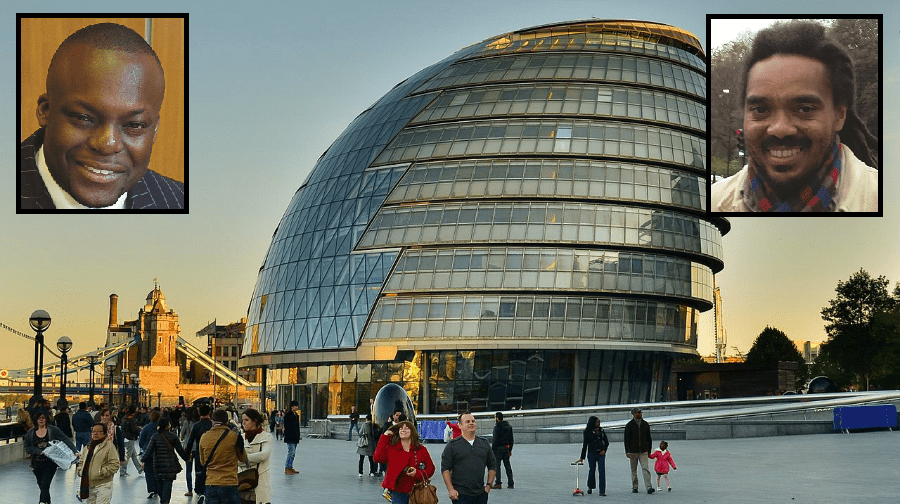 As well as picking the next mayor of London at the May 5 election, you will also vote for a local representative to take the Southwark and Lambeth seat in the Greater London Assembly (GLA).

The GLA works like Southwark Council, only it covers all of London and it is responsible for city-wide planning, big infrastructure projects, housing, the Met Police and the London Fire Brigade.

The News has interviewed candidates fighting to be Southwark and Lambeth’s AM. Here we chat to the Liberal Democrat and Green Party candidates: Michael Bukola and Rashid Nix…

Michael Bukola says he has lived in Peckham “all his 39 years”. He was ward councillor for South Bermondsey from 2010 to 2014 and was formerly a tax adviser with Deloitte & Touche.

Housing is undoubtedly the main issue – the lack of it and frankly the quality of it. Southwark has been mismanaged by the current Labour administration. What took place at the Heygate Estate with the affordable housing deal there was disgraceful.

While I was on the council I fought tooth and nail to make sure local residents would get the best deal.

I don’t think 25 per cent across the Elephant and Castle development is sufficient. It’s yet another example of this Labour administration rolling over to developers.

I hope to ensure we get proper open and transparent transactions between councils and developers.  Viability assessments should be publicly available, something the Lib Dems have campaigned on for a long time.

It’s been commented by many over the scandal of the fatalities that have been happening there. I think a lot of money has already gone into it. I am willing to work on a cross-party basis to ensure we get the best result possible on the roundabout. I think it’s an improvement on where we were previously but there’s still work to be done.

The Liberal Democrat candidate Caroline Pidgeon is pushing for 3,000 extra police in London.

I think what we need is a multi-faceted approach both in terms of bringing in candidates with new experiences in other sectors. I am aware of the Police Now initiative which is all about bringing in young people from different sectors to try their hand at being a copper which, from speaking to officers involved, has been a really positive experience.

It’s a really sensitive issue and I am torn on it.

I have lived in Camberwell for a very long time, but I’m also clear on the benefits of having it down the Old Kent Road and seeing it become a prosperous and thriving.

On balance I think Old Kent Road is the more viable option. One can see not just one station but two because of its destination towards Lewisham.

Rashid Nix lives in Brixton and comes from Camberwell. He has worked for the Westminster Race Equality Council, and is a filmmaker and former indie record-label boss.

Southwark Council’s policy of private developers needing to provide 35 per cent affordable housing is noble. However, it’s been proven, especially at Elephant and Castle, to be a complete fallacy, developers always get around it.

Look at the revolving door between Southwark Council and Lend Lease [company behind developments in Elephant and Castle] – a lot more scrutiny could be done.

The MP for Dulwich and West Norwood [Helen Hayes] is a partner of architectural firm Allies and Morrison, who have a working relationship with Lend Lease [The company is based in Southwark, although Ms Hayes’ website states she has not worked on projects in Southwark or Lambeth since 2010].

Absolutely, I’m sceptical of companies that build housing for profit. At the end of World War Two, Britain was in a far worse economic state, but we undertook a huge social-house building project. Why can’t we do it now? The money is out there. Why can’t councils have some teeth and the will to hold developers to account?

We’re seeing swathes of south London where young men are being criminalised. We need to explore the link between school exclusions and criminality at a fundamental level.

Only yesterday I was talking to a 21-year-old who was excluded at fourteen and in jail at sixteen. If he is then excluded from employment but living in a world where money and materialism is up in his face, the only option he sees is to go criminal to make money.

A mayor should take a lead role in having joined-up thinking. Policing should work in conjunction with education. The mayor and any elected official has a duty to speak out, even if it’s not in their remit.

Education is not in the mayor’s remit, but he and AMs can raise the issue and get the conversation going.

Anything that can be done to promote cycling should be supported, because we have air pollution causing over 9,000 people in London to die per year [King’s College London research].

The average speed in London now is 10mph, which is like when we had horses and carts. If it’s important for someone to have a 300-horse-power box chugging out pollution while going seven-mph, then I can’t help them.

The cycling revolution that has happened across London is really down to us having two Green AMs who put pressure on the mayor to make sure they got London’s transport system more cycling friendly.