"What I'm announcing today is the start of an ambitious programme which is actually putting prevention at the heart of tackling homelessness," the PM said. 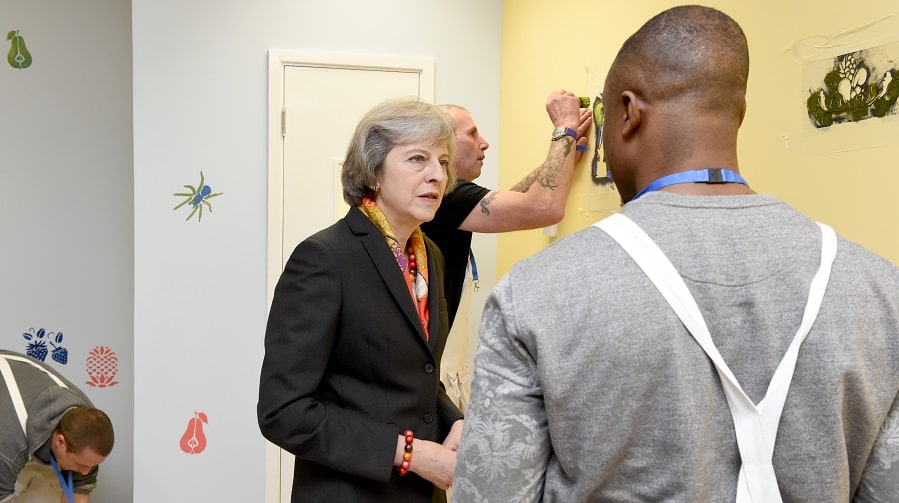 The Prime Minister visited Camberwell yesterday to announce a £20m package to improve services for rough sleepers in London, including £393,000 for Southwark Council.

The announcement was made with a visit to the Thames Reach employment academy in Peckham Road, joined by communities and local government secretary, Sajid Javid.

The injection of cash came after Southwark Council successfully bid for £1m earlier in this year for its Trailblazer project.

The authority said the money will be directed at ways of preventing people from falling into homelessness. A section of the money will also be available to the Thames Reach academy and a local branch of St Mungo’s charity.

Making her announcement, Theresa May said: “What I’m announcing today is the start of an ambitious programme which is actually putting prevention at the heart of tackling homelessness.

“I think this is important, we want to make sure that people don’t become homeless in the first place.”

Councillor Stephanie Cryan, Southwark’s cabinet member for housing, said: “It is shocking to see that homelessness is increasing. While the Trailblazer and rough sleeping grant funding help to deal with the solution, the bigger picture is that more people are under threat of losing their homes and becoming homeless in many different ways.”

Cllr Cryan added: “The impact of welfare reform, benefit caps and elements of the Housing and Planning Act is that more people, those not yet visible on the street, are in serious danger of losing their homes.”