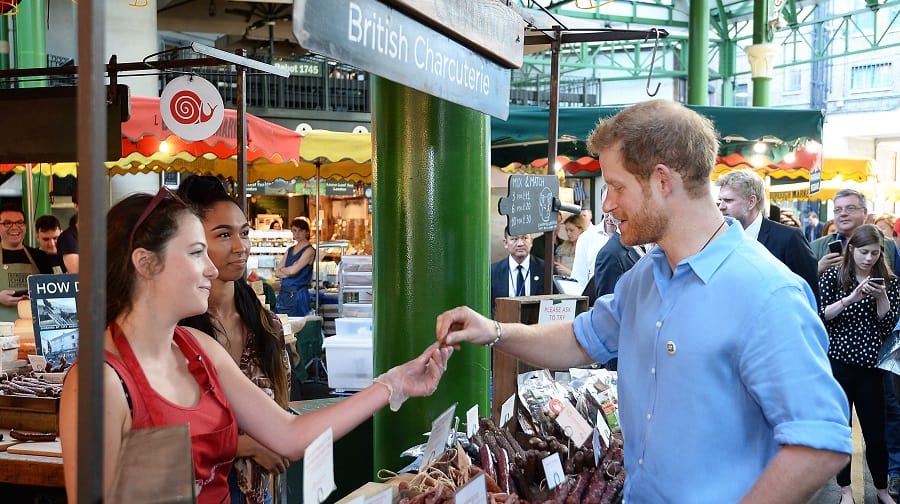 Prince Harry paid a visit to Borough Market as a show of support for those affected by the London Bridge terror attack.

His Royal Highness met with stallholders on Thursday, June 15, after the market officially re-opened last week.

He spoke to bakers from Bread Ahead – whose staff protected members of the public – and security officer Ganga Garbuja – who was first on the scene and led several people to safety on the night of the attack.

Prince Harry also met with workers at pubs and restaurants surrounding the market who were affected by the attack.

The market officially re-opened last Wednesday, June 14 – eleven days after it was closed following the attack.