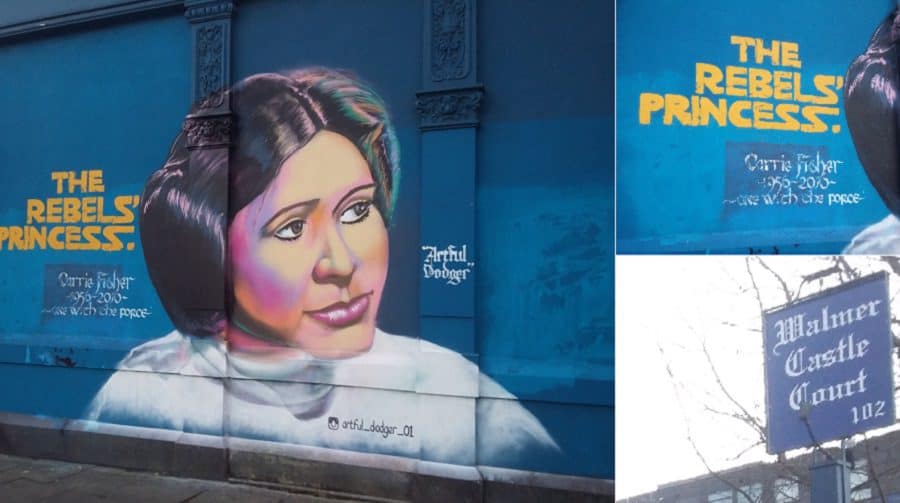 Another of 2016’s fallen heroes, the late Star Wars actress Carrie Fisher, has been spray painted onto the side of a derelict pub in Peckham Road.

Artful Dodger was also the artist behind the mural of Muhammad Ali and pop legend Prince, emblazoned on the side of the GX Gallery in Denmark Hill, Camberwell.

The cause of 60-year-old Fisher’s death came after she suffered a cardiac arrest on December 23.