Art-rock artist Django Django will play the first live show in the new venue on March 23, followed by the likes of Pendulum and Tokio Myers 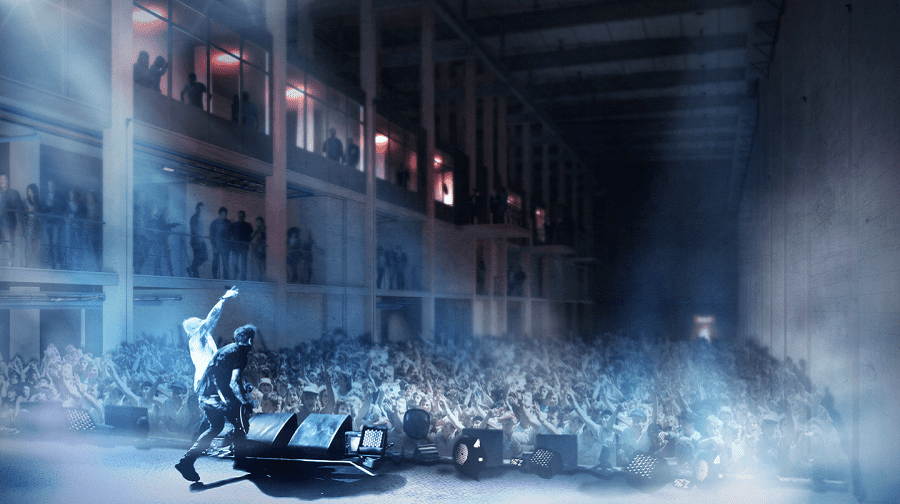 Printworks is launching a 3,000-capacity live music venue in Rotherhithe

Printworks London has announced the launch of a new 3,000-capacity live music venue.

The venue, based in the Daily Mail’s former Harmsworth Quays Printworks in Rotherhithe, which also churned out copies of the Metro and Evening Standard, is set to open on Friday, March 23.

The first live show in the new space will come from art-rock artist Django Django on March 23, followed by a programme including shows from drum and bass titans Pendulum on April 14, and multi-instrumentalist Tokio Myers on April 10.

Printworks will also be kicking off a year-long residency from Youth Club Archive, which will be allowing access to its tens of thousands of youth subculture images from the past four decades for the first time. An artist impression of how the venue is expected to look

Dedicated to preserving, sharing, educating and celebrating youth culture, the non-profit organisation will host an exhibition as well as building an open workspace and dark room facility which will see them work with a team of volunteers and interns to digitise hundreds of thousands of previously unseen negatives and prints.

The arts and culture programming will be overseen by Tamsin Ace, head of festival programme at London’s renowned culture hub Southbank Centre.

Having opened in 2017 in the industrial surroundings of the former Metro and Evening Standard printing facility, Printworks has already delivered a year-long programme of electronic events, as well as the live launch of Gorillaz latest album Humanz, Tom Misch and Afropunk Festival, and music video shoots for stars including Stormzy.

Bradley Thompson, managing director of Broadwick Live, which runs the venue, said: “We feel hugely privileged to have helped breathe life back into this remarkable landmark since it opened its doors as a venue in 2017. “It was always our ambition for Printworks to lead the way not just in era defining electronic music events, but across all arts.

“In Printworks, we truly believe that we have one of the most incredible venues there is today, and we’re absolutely committed to giving people unparalleled production, programming and experiences throughout the cultural spectrum.”

Tamsin Ace, head of festival programme at Southbank Centre, said: “I’m excited to be part of the team creating a new arts and culture programme for Printworks.

“With such a different space to play with, Printworks offers the opportunity for artists to create something truly unique.” Roger Madelin, head of Canada Water Development at British Land, added: “We are happy to see the next stage of the Printworks evolution take shape with the addition of the live music venue.

“We are evaluating a number of cultural spaces within our masterplan for Canada Water and I am reassured by the success of the Printworks’ current use.”

With more shows to be added throughout the year, head to printworkslondon.co.uk and follow @Printworks_LDN for more information.