'One of the biggest upsets in Southwark’s political history’ 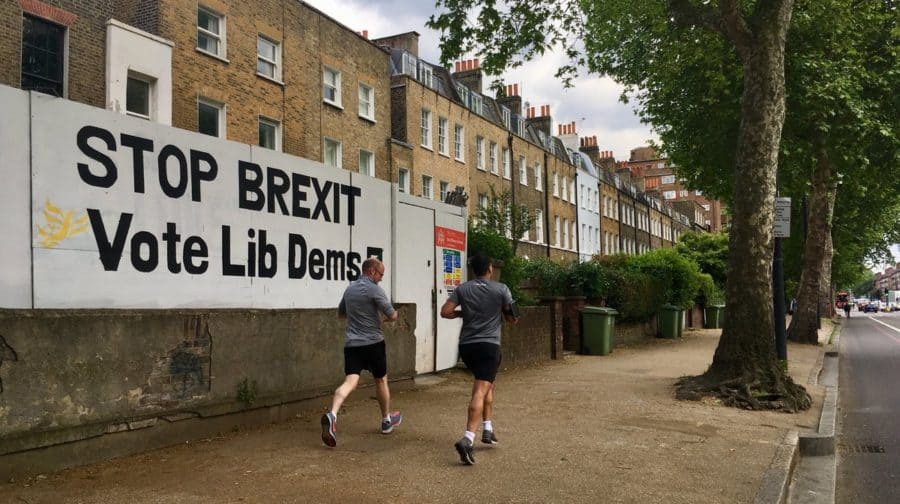 Voters in Southwark scalped Labour and the Tories in the European Elections last week as the Liberal Democrat’s unequivocal pro-Remain stance saw them outperform Labour in the borough for the first time since 2002.

With a high voter turnout of 41.3%, Sunday night’s borough-by-borough results showed a surge for the pro-EU Lib Dems and its ‘bollocks to Brexit’ campaign in Southwark, with 27,128 votes cast for its MEP candidates.

The Liberal Democrats led across London and came second in the rest of the country, with 21 per cent of the vote gaining them fifteen seats in total.

But if the share of votes split across all pro-Remain parties – the Lib Dems, Greens, and Independent Group are added together – this puts Remain on top.

In London, the votes translate as three Liberal Democrat MEPs, two each for the Brexit Party and Labour, and one for the Greens – but none for the Tories.

Southwark may be a majority remain area, with huge support in favour of a ‘People’s vote’, but it also has a significant if politically unrepresented pro-Brexit population.

Reader Brenda Atkinson criticised the way London was often depicted as entirely pro-EU, commenting on our Facebook page: “I’m a Londoner born and bred, I voted out in 2016 and I voted Brexit party this time.

“You [Lib Dems] just happen to get the London vote because London is now a city full of immigrants.”

Voters punished both the Tories and Labour for their respective failures, but in a borough with no Tory competition – neither councillors nor MPs – this weekend’s results are nothing short of a kicking for Labour.

Southwark Liberal Democrat leader, Anood Al-Sameria, described the results as ‘one of the biggest upsets in Southwark’s political history’ and thanked voters for their backing.

“A year ago, Southwark Labour’s leader Peter John boasted they were on the verge of wiping us out entirely,” she said.

“Instead, we gained seats from them in the locals last year, and at this election we beat them by a big margin in Southwark, in London and across the country as a whole.

“Our clear positive message in favour of a Liberal London, a Liberal Britain, in a Liberal Europe clearly resonated and contrasted to their rudderless pro-Brexit policy.

“For us, it’s onwards and very much upwards.”

In the last eight years the Liberal Democrats have struggled to recover their foothold in Southwark since the collapse of their coalition with the Tories and losing their Bermondsey and Old Southwark seat, for the first time in 36 years, to Labour’s Neil Coyle.

Responding to the results, council leader Peter John called on the leadership to change its view on a second referendum.

Neither he nor Southwark’s three Labour MPs risked career suicide by supporting any pro-Remain parties.

“These election results were disappointing for Labour, both in Southwark and across the country,” he said.

“Labour’s position was not clear enough, and we lost the votes of many long term Labour supporters as a result.

“I hope that the Labour leadership hears the message sent by the electorate and moves to a Labour Party policy of backing a second referendum and campaigning to remain in the EU.”

Helen Hayes said she had always represented her pro-Remain, anti-Brexit constituents by voting against Article 50 and for a second referendum, yet still voted along party lines last week. She said it was “painful to see voters turning to Lib Dems who colluded with the Tories to deliver austerity, which has had devastating consequence for thousands of my constituents.”

After her party’s disastrous results, news Theresa May was standing down saw Camberwell and Peckham’s Labour MP, Harriet Harman, offer a lone voice in offering some praise.

Harman, who has been a vocal campaigner against the online abuse of MPs and a bullying culture towards women in parliament, tweeted to her followers: “She leaves the UK more divided and unequal but when a dedicated public servant leaves, look at achievements and not just failings, especially when they are a woman in what’s still a man’s world.

What a lie brexit party win the elections