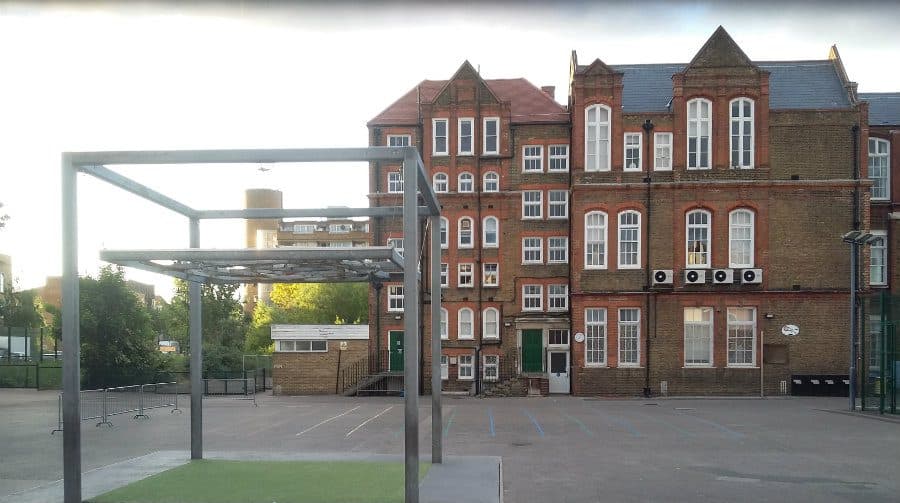 Southwark Council floated draft plans for four blocks of flats on the north and south sides of the Angel Oak Academy’s grounds in July 2015.

A second round of consultations in January suggested relocating the nearby Wickway Community Centre from George’s Way, to the school, and building a new school entrance on Chandler Way.

Further consultations were scheduled for March, but were postponed with no new date in mind. Now residents say they feel “frustrated” by a lack of consultation.

Kerry Browne, of the Gloucester Grove Estate and who uses the Wickway, said: “The council said in a meeting in January it wanted to relocate the community centre to the school. But I bumped into school teachers who didn’t realise it was going to affect the school, and had only come expecting to hear about the community centre. They said in January the only thing they had heard about the school was it would be ‘refurbished’.

“These plans are going to affect our children and our families. We are just a concerned community. People also want to be consulted together. Not as just the school or just the Wickway, but at the same time.”

Artist’s impressions by Hawkins& Brown Architects are available on the council’s website. The council denied the News permission to print these images, arguing the draft proposals maybe misconstrued as definitive plans, despite them still being in the public domain.

Cllr Mark Williams, Southwark Council’s cabinet member for regeneration and new homes, said: “This is a complex scheme but has the potential to provide much needed new council homes, as well as affordable homes for key workers like nurses and teachers, a new community centre and improved facilities for Angel Oak School. Nothing is set in stone and we are keen to hear from all parties throughout the consultation process.”

The head teacher of Angel Oak Academy was approached for comment.

Residents on Chandler Way had mixed views. Sydney Hutchinson, 51, said: “People have got to have homes. I’ve got a friend whose family of four living in a one-bedroom council flat and has been on the waiting list for years.”

Lucy Cope, 60, said: “We won’t stand for it. Parking is already a nightmare. The council won’t let us have our own spaces even though I have a disabled badge. All the dust and noise from the construction work will be horrendous for the kids.”

Sandra Hinds, 57, said: “The thought of more traffic worries me. I’m disabled and use sticks or my wheelchair.

“There have been times when I’ve had to cancel taxis to my house because they can’t park near my flat.”