‘I just can’t see where you can make savings’ 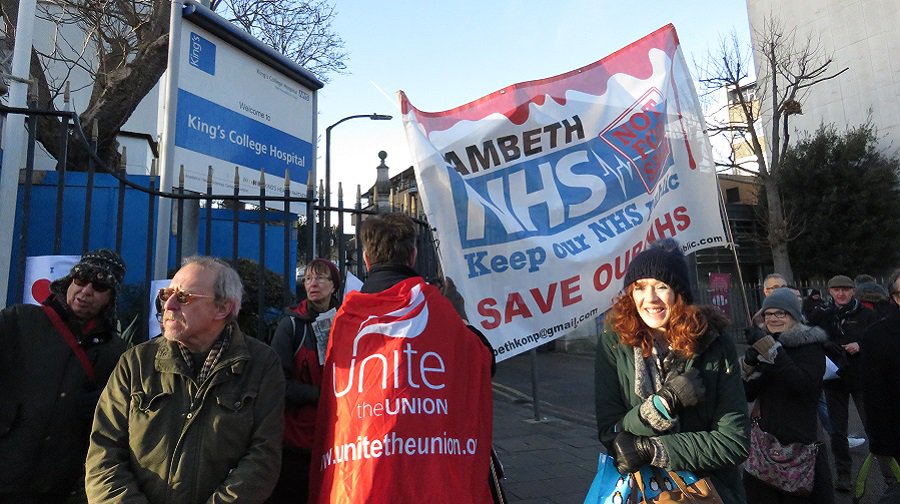 With a £92m deficit, protestors fear that deep cuts will be implemented across the Trust by newly appointed Hospital Board Chair Ian Smith.

Frank Wood of Unite, who organised Tuesday morning’s demonstration, said that Trust staff were already labouring under a stretched budget without further cuts being added.

Frank said: “We need reassurance about what they (NHSI) want. The NHS has said that we need bigger savings, but the service is already cut and completely pared down.

“I just can’t see where you can make savings. It will just increase the burden on staff.

Frank, who works in pathology at King’s College, said this was the worst situation in which he had seen the Trust since he began working for them in the nineties.

“Staff are leaving and it’s getting harder to replace them. And this is hardly going to put King’s at the top of the list. King’s used to be a hospital of choice.”

Adrianne Sebastian-Scott has been going to King’s Hospital for over twenty years for treatment for multiple sclerosis.

She said: “The nurses and consultants here are all wonderful. The quality of care is excellent. King’s is good on so many levels.”