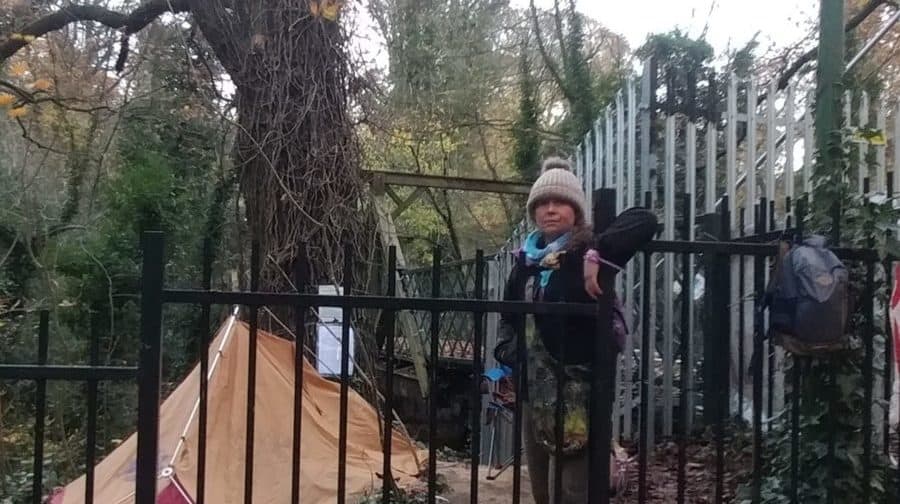 Campaigner Sue at the encampment by Cox's Walk Footbridge

Contractors arrived on Monday, November 16 to begin cutting down the oaks, both more than two hundred years old, which straddle Cox’s Walk Footbridge.

But they were prevented by protestors and, since then, more have joined the 24/7 encampment to create a protective guard.

As the News reported earlier this month, contractors were due to begin felling from last week after a tree removal notice was put up earlier this month. They have since been unable to get past the activists. The campaigners are led by Pennie Hedge. She started the ‘Save the Footbridge Oaks’ campaign two years ago, when the council first consulted on its plans.

Now Southwark Council is seeking a High Court injunction to remove the campaigners and end the stalemate, with further action expected imminently.

The trees have become a rallying point for environmentalists who say despite declaring a climate emergency, Tooley Street has failed to explore alternatives to giving the trees the chop. 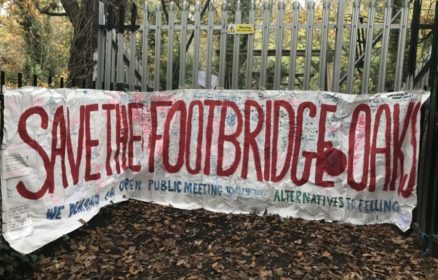 A banner outside the footbridge on Sunday, November 8, 2020

The council says the only way to repair the structurally unsound bridge, currently closed, is by removing the trees, and that other options will simply cost too much time and money, while creating ‘ecological damage’ to the surrounding areas.

Tooley Street says felling the trees, completing the repairs, and planting two new oaks in their place will cost £232,000. It claims an alternative plan campaigners have put forward would be more than double; at £482,000.

Campaigners, who have hired their own experts and put forward detailed plans, say the council has never explored these options in depth and dispute the projected costs. Repairs have been completed in the past without sacrificing the oaks.

More than 5,000 people have signed a petition calling on the council to abandon its plans.

Sydenham Hill Wood, along with adjacent Dulwich Wood, is the largest remaining section of the Great North Wood, which once covered huge swathes of the south-east of England. 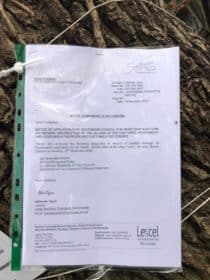 Claire Sheppard, the Green Party candidate for Southwark and Lambeth in next year’s postponed London Assembly elections, said: “I’m completely behind saving these ancient trees in this ancient woodland.

“I think it’s entirely possible that this bridge can be mended without causing destruction to these beautiful ancient trees, and I think Southwark Council should be doing everything that they can, given the climate emergency, to ensure that these trees can be protected.

“And our children’s future depends on us keeping old and ancient trees, not needlessly destroying them.”

Southwark Council’s cabinet member for leisure, environment and road, councillor Catherine Rose, told the News today: “We have taken two years to explore other options, but, much as it saddens us, no viable alternative to our current plans has presented itself.

“We now need to safely complete repairs to the bridge, reopen the footpath and again make Cox’s Walk accessible to all.”