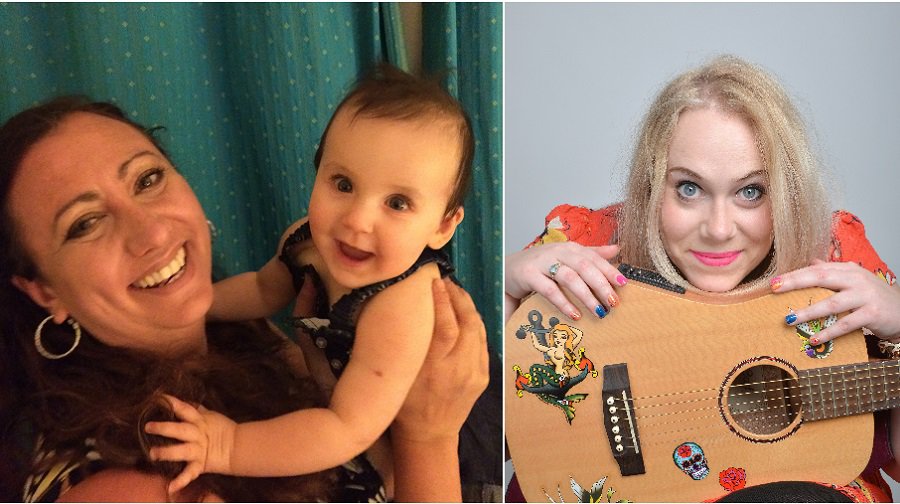 Every parent has been through it – the endless warnings that once the first bundle of joy arrives, your social life will abruptly come to an end.

That was until two stand-up comics decided enough was enough. Life after childbirth needn’t mean having no life at all.

Bring on the brand new Bring Your Own Baby comedy nights at the East Dulwich Tavern, which promise to leave at least one of you crying with laughter.

Alyssa Kyria and Carly Smallman hosted the first BYOB night at the Lordship Lane boozer on October 20 to a sell-out crowd. That was after plenty of successful outings at venues in Greenwich and Beckenham.

“It was just like any comedy night we would put on,” said Carly, age 30. “The only difference is that mum or dad is invited to bring their babies with them.

“They just have to be under twelve months old, so they won’t be traumatised by the comedy material because they will be too young to understand it.”

Carly, from North Cross Road, said she and Alyssa came up with the idea over a drink down their local, while the two had been complaining: “there’s loads of things in London to do for babies, but nothing really for their mums.”

“There’s only so many times you can sing Wheels on the Bus,” Carly said. “We bring professional comedians with styles like observational, surrealist, musical comedy and character comedy, although we do try and book comedians who have children.

“And obviously we’re really child friendly. There are changing facilities and you can breastfeed with your boobs out, and the floors are soft for babies to crawl on.

“It’s also really sociable. It’s a two-hour show with an interval for everyone to get talking and have a gossip, so they are a place for mums and dads to meet each other as well.”

Despite the inherent risks of filling a room full of babies, Carly and Alyssa have so far run the BYOB events without incident – be it serious or comical.

“I have been surprised by how smoothly everything has run,” Carly said.

“The only funny thing I can think of was at the show in Dulwich there was one baby that seemed to just start crying whenever I came on stage. It was hilarious. The mum was really embarrassed but I knew her baby had something against me.”

The next BYOB shows at the East Dulwich Tavern will be on November 17 and December 15, which have both nearly sold out. Visit www.byobcomedy.com for more information.