Public comes out in favour of Cycle Superhighway 4 plans 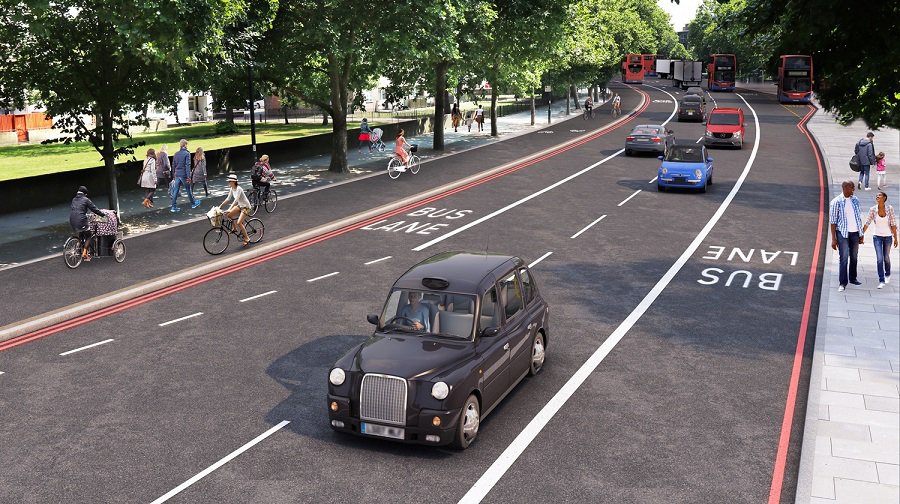 Plans to build a segregated cycle superhighway through Southwark have received strong support from the public, Transport for London has announced.

The proposals for Cycle Superhighway 4, which will pass through Tooley Street and Jamaica Road, were backed by 83 per cent of the public after more than 3,000 people responded to a consultation, it has been revealed.

The planned transformation of the A200 would create a 2.5-mile segregated cycle link between Tower Bridge and Greenwich, running through Bermondsey, Rotherhithe and Deptford.

Sections of the route along Tooley Street and Jamaica Road are said to be among the top one per cent of areas for cycle demand in London, while the CS4 route as a whole is in the top five per cent, according to TfL. London’s Walking and Cycling Commissioner Will Norman said: “I’m delighted that our plans to improve cycling facilities in southeast London have received such overwhelming support.

“We know that this is an area with huge potential and these results show what a great demand there is for a safe, segregated route.

“Cycle Superhighway 4 will encourage many more local people on to their bikes and improve the area for pedestrians, benefiting the whole community.”

Matt Winfield, London director at walking and cycling charity Sustrans, added: “A fully protected cycle route in southeast London will be a huge step forward in tackling congestion and cleaning the air.

“Londoners are starting to feel the benefit of their capital’s new cycle routes, which is good news for everyone. “We are seeing, through Sustrans’ work with boroughs, more and more Londoners backing changes that will make their neighbourhoods more welcoming and encourage walking and cycling.”

In addition to CS4, TfL is working with Southwark Council on a potential new cycle route between Rotherhithe and Peckham and has just announced public support for a new pedestrian and cycling bridge connecting Rotherhithe and Canary Wharf.

CS4 will connect with Quietway 14 via the proposed segregated cycle lane on Tanner Street.

Plans for the section on Lower Road, which will incorporate the regeneration planned for Canada Water, will be consulted on at a later date.

TfL said it would now work with Southwark, Lewisham and Greenwich councils “to take the plans forward”.

Southwark NewsNewsPublic comes out in favour of Cycle Superhighway 4 plans