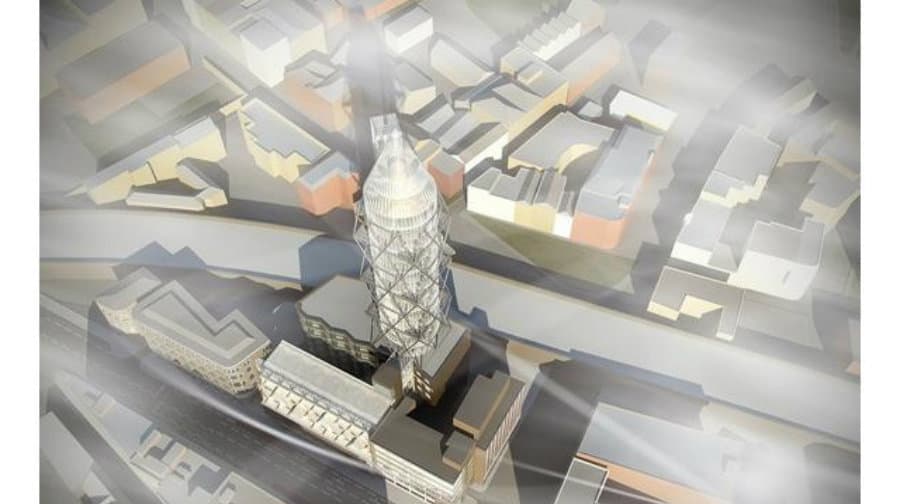 A public enquiry into the 100m-tall Borough skyscraper shaped like a rocket ship, has been announced for March 28 2017, after plans were aborted following a rejection by Southwark Council’s planning committee last year.

The 30-storey tower was planned to sit next to the Menier Chocolate Factory Theatre with nine large flats, sitting above a new theatre, museum and restaurant in Southwark Street.

But the plans by Nikita Yavein, of Russian architects Studio 44, were rejected by Southwark Council’s planning committee in October 2015, calling it “incongruous, isolated and alien”.

The development’s design, according to its website, was inspired by Yuri Gagarin, the Russian cosmonaut who achieved “one of the most important and spectacular events of the 20th century” when he became the first man to orbit the earth.

But as the development would only consist of nine large residences, despite having space for “around 30”, it meant that it also fell foul of the council’s affordable homes provision.

An appeal was launched against the decision in April this year and the public enquiry is expected to sit for seven days. The scheme proposed demolishing the current site at 55 Southwark Street, which is an art school and car park.

No doubt those large flats would be bought off plan by Russian billionaires!