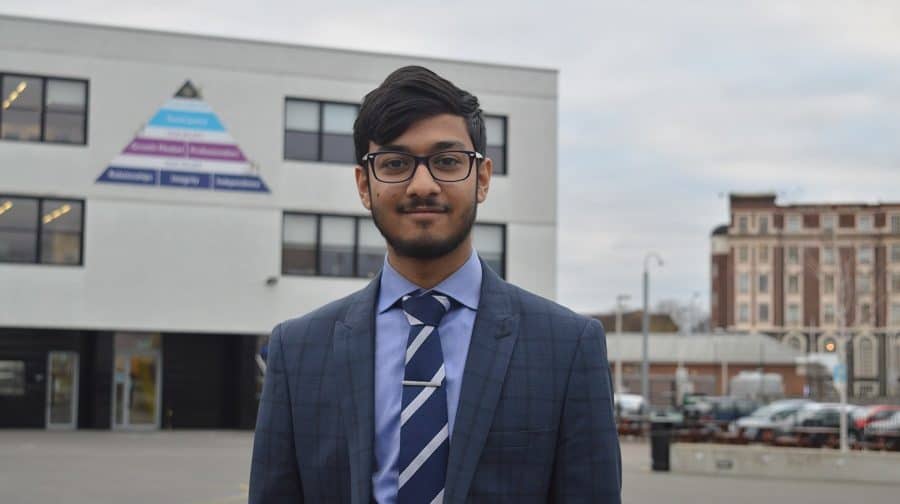 Irfan, off to Oxford

An Ark Globe Academy student who has been offered a place to study geography at Oxford says he wants to ‘open the doorway’ for other British-Bangladeshis and people from minority backgrounds to apply to the prestigious university.

Irfan Choudhury found out this month his interview to study geography at Keble College had been successful.

If all goes well and he achieves one A* and two As in his exams, the Kennington-born bright spark will start studying at the college – which counts Labour politician Ed Balls and ex-cricketer and Prime Minister of Pakistan, Imran Khan, among its former students – in October.

Irfan described the moment he found out he got in as ‘surreal’, saying: “I didn’t know what to feel; I was nervous, I was happy, mixing pot of emotions. I honestly had not expected to get the offer.

“I called my dad and he couldn’t believe it. He sounded teary over the phone and asked if I was joking with him.”

He set his sights on studying geography after growing up fascinated by maps in flight magazines brought home by his father, who works for an airline company.

He will be the first person in his family to go to Oxbridge and says being from British-Bangladeshi background made his interview at the college ‘quite intimidating’ as most candidates were white.

“It’s very rare that students go to Oxford or Cambridge from my community,” he says. “I’m trying to open the doorway for them to apply to universities like Oxbridge.

“There are a lot of academic people, who don’t think of applying or don’t have the opportunity to apply.

“I want to break that barrier and inspire them to apply.”

Irfan, who hopes to one day work for the United Nations, says his extra-curricular work made him stand out.

As the News reported in June last year, Irfan is part of a group of Ark Globe pupils who are lobbying developer Lendlease for a new approach to its regeneration plans in Elephant and Castle. Their campaign went all the way to Washington DC in the USA, with the help of a national award, and has also led Irfan to give a speech in the House Lords.

This passion comes from personal experience, after his family were forced to move to Wales for eight years after struggling to afford to live in London.

Irfan says south London will always be his home and he will continue to give back whatever happens in future: “There is a sense of insecurity for everyone living in this community, as the redevelopment projects targets the top ten per cent or one per cent income earners.

“Irrespective of where I go, whether that’d be Oxford or another university, I definitely think that my place belongs here and that will not stop me from coming back here and continuing my passion and to fight for what I believe in,” he says.