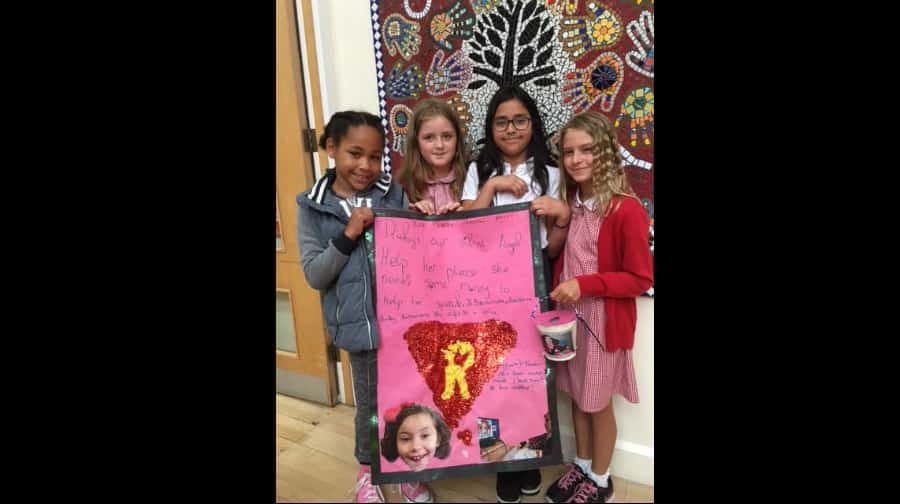 A Rotherhithe school will hold a fundraiser on July 5 to help an ill schoolgirl buy a computer, so she can tell her mum she loves her for the first time.

Alfred Salter Primary School will host a raffle night with a big cake sale as part of their dance festival, to help support the campaign to get Ruby Longman an eyegaze computer.

Ruby, ten, suffers from the rare Rett syndrome, which has prevented her from walking and talking since she was a baby and her family hope they will soon be able to communicate with her.

More than half of the £10,000 needed for the computer has been raised so far through the community, but a final push is needed to see the target met.

Stuart Hayter, Ruby’s headteacher, said: “The fundraiser is going to take place during our dance festival. There’s going to be a raffle and a group of parents have been going around getting lots of good prizes.

“We’ll also have a big cake sale at the end of the day. Individual children have been arranging their own fundraising, trying to get the message across that without this piece of equipment Ruby can’t tell her mother that she loves her.”

Children in the school have written poems and drawn posters for Ruby to show their support during the campaign.

Timi Samples, Ruby’s mum, said: “The children made me cry when they read some of their poems to me. They all call Ruby a silent angel.

“They are all really excited and keep saying ‘we can’t wait to hear Ruby talk’. It’s so nice that the children adore her. They are so lovely.

“They wait for her in the mornings and if she hasn’t been in for a while asks how she’s doing.”

The fundraising event is open to the public with tickets available on the door at the school on Quebec Way.

To donate to Ruby, visit https://crowdfunding.justgiving.com/rubyeyegaze