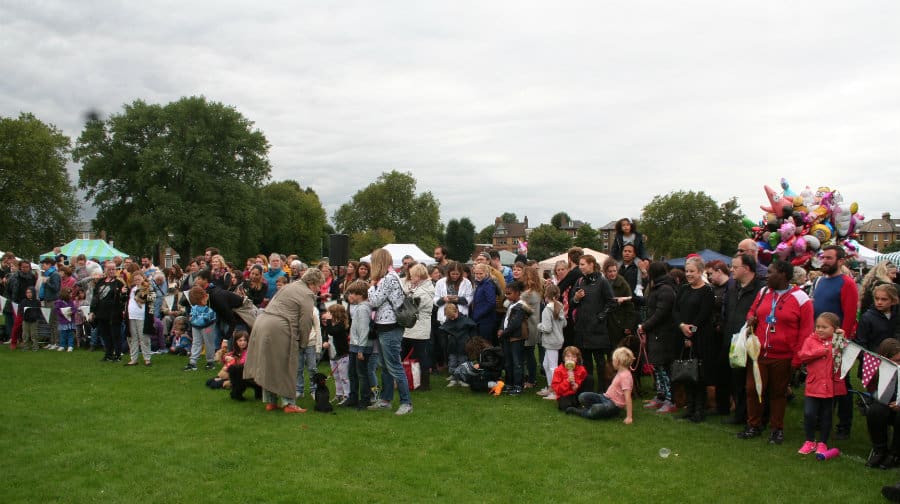 There were more dogs than people at the barking mad Peckham Rye Fete on Saturday, with nearly two hundred canine contenders strutting their stuff, hoping to be crowned première pooch.

A rocket-man, a princess and a slew of superheroes got the day off to a flying start with the children’s fancy dress competition. But the pocket-size Peckhamites were soon to be upstaged by their own pets.

From Frozen’s Elsa to an Ewok and a ballerina, the claws were out to see who would be deemed the hippest hound.

Harvey the Labrador was the dog who had his day after his Aslan costume won him the top spot and a roaring round of applause.

The winner of the cutest puppy round went to French Bulldog, Lola and her owner Stacey Ben-Mhamedi

Sherlock dressed as a pumpkin

A motorbike rider, a princess and Spiderman took part in the children’s fancy dress competition