A "detailed desk-based" investigation failed to detect the unexploded WW2 bomb in Grange Walk in Bermondsey. 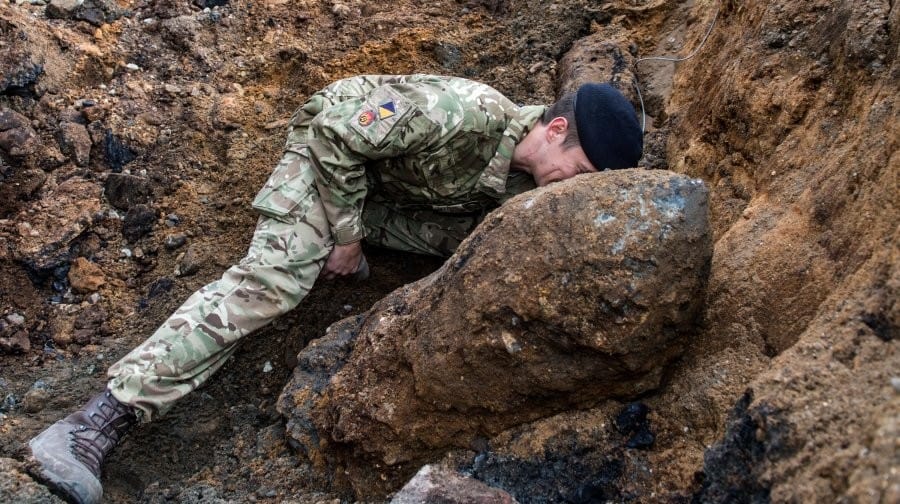 After thousands of Bermondsey residents were evacuated following the discovery of an unexploded WW2 bomb in a building site on Monday, questions are being asked as to why the explosive was not detected in a risk review completed prior to construction work beginning.

The Grange Walk bomb was 5ft-long and weighed 1000lbs – and would have caused serious damage and loss of life if it had detonated.

The missile’s shell casing was apparently dented by a builder when it was discovered – a huge near miss for the thousands of nearby residents.

Before beginning construction work in bombed areas, it is recommended that the probability of unexploded ordinance (UXO) is investigated.

However, despite completing a “detailed desk-based” assessment, the site was not deemed worthy of further investigation by developers Linden Homes or Southwark Council, who approved their planning application.

If the risk is deemed serious, more detailed assessment of a site can be undertaken. This did not happen in this case.

MP Simon Hughes called for a thorough investigation into the bomb-detection policy operated by the council and developers in the area.

He said: “One of the obvious questions that needs to be answered is what assessment was done of the risk of this site containing any unexploded bombs.

“We must make doubly sure that systems are in place for assessing and dealing with any risks from wartime or other dangerous devices. We must never gamble with the safety of our local communities.”

A spokesperson for Linden Homes said: “We have instructed an external specialist to come and evaluate the site after the item has been removed to ensure that the area is completely clear and safe for entry.”

Southwark Council were contacted on deadline but did not issue a response.

READ MORE ABOUT THE BERMONDSEY BOMB:

THE BOMB IN PHOTOS, VIDEOS AND TWEETS

THE BLITZ IN BERMONDSEY

WHEN DID THE BOMB LAND?