“On most of the floors the wardens did a good job and residents were evacuated well, but on some they didn’t have a clue what was going on" 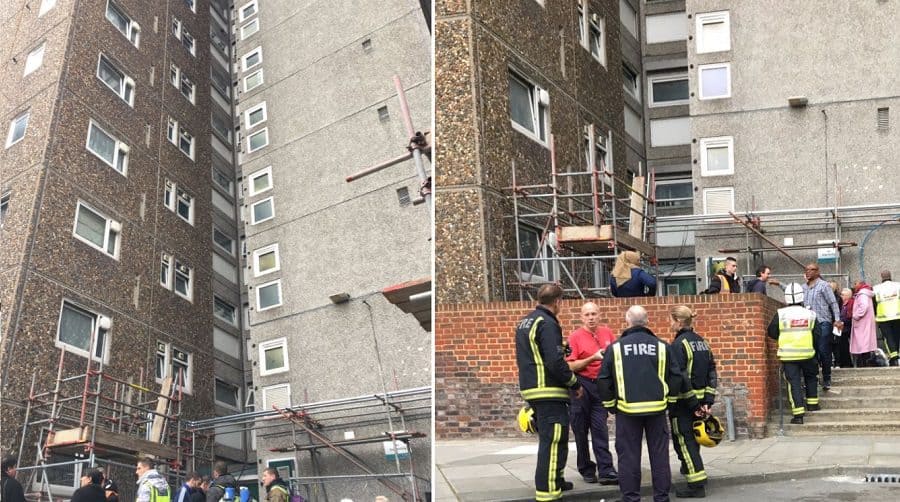 One hundred people were evacuated from the Ledbury Estate on Saturday after a fire-scare in one of the tower blocks.

The scare follows the discovery in June that for years walls in dozens of flats had been plagued with cracks, which posed a fire-safety risk by undermining the “compartmentation”.

Fire wardens deployed on every second floor to assist with an evacuation have also been present since cracks were discovered.

At 4:30pm firefighters forced entry into a fifth-floor flat, where an elderly man had left a hot plate running, but no actual fire was found. “No one was injured… about 100 people were evacuated” the London Fire Brigade said.

“On most of the floors the wardens did a good job and residents were evacuated well, but on some they didn’t have a clue what was going on. I have heard that two of them just panicked and left the building. They have been sat on chairs in the blocks for months on end. And they don’t necessarily know if they are knocking on empty doors. There’s still a lot of lessons to be learnt.”

Councillor Stephanie Cryan, Southwark cabinet member for housing, said: “We are aware that the Ledbury Action Group has reported a problem with the evacuation procedure on Sunday. We have looked into the matter and spoken to two families who have said they weren’t aware of the evacuation, but they have said they have no complaints.

“For the most part the evacuation went as well as can be expected and wardens were helping to evacuate residents as the fire brigade arrived. Some elements of the procedure have been tightened, for example we now ensure we have a record of individual contact during an evacuation.”