The house was built on the site of an old garage 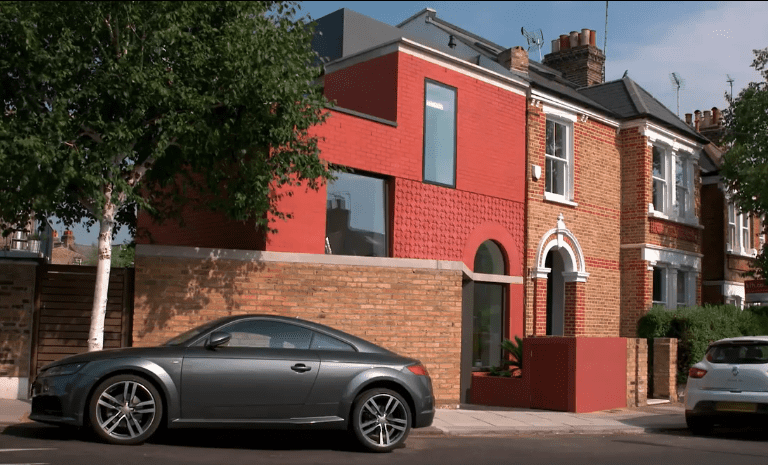 A quirky house in East Dulwich has been shortlisted for the Royal Institute of British Architects prestigious ‘House of the Year 2018’, writes Christopher Carey…

Will Burges and Stephen Davies from 31/44 Architects are behind ‘Red House’, which was built on the site of an old garage.

Mr Burges said ‘‘We want our buildings to feel like they are part of their surroundings, that they haven’t imposed their will on the street or their setting.’’

The ground floor features a living room, kitchen and TV room, which are complemented by two small courtyards.

The 2nd and 3rd floor have 3 bedrooms, including a master and bathroom on the top floor.

The house was bought by dancer Daisy and her husband Sean, a chief technology officer.

In the episode of Grand Designs Daisy confessed one of her favourite parts of the house is the ‘hidden’ downstairs bathroom, where the door blends seamlessly into the hallway wall.

‘’It’s really functional and useful to have a downstairs toilet but you almost don’t want to see it too much, so it’s perfect,” Daisy said.

A particularly striking feature of the house is a patterned section of the facade that cost £15,000, and was described by the architects as ‘like hanging a small family car off your house.’

The Royal Institute of British Architects jury described the design as ‘’bold and assertive, without being disrespectful.’’

The winner will be announced on Grand Designs on Wednesday November 28.