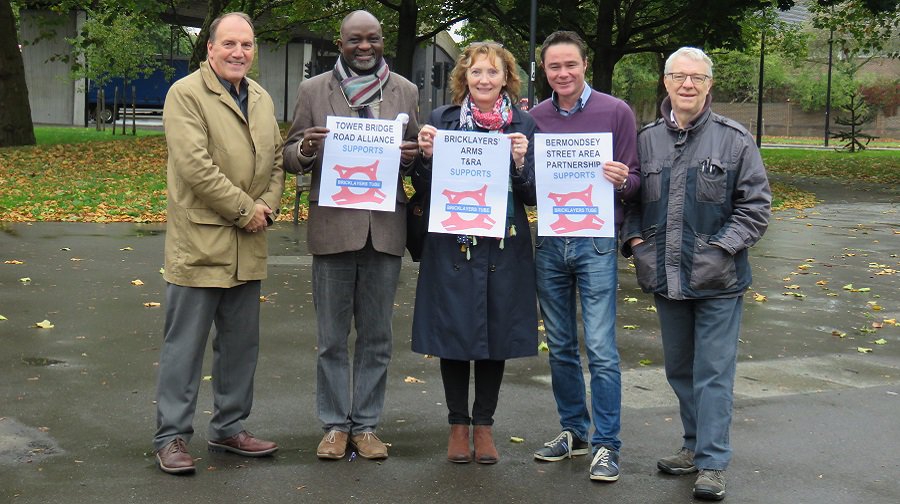 A rally will be held in a bid to persuade transport bosses to build a tube station at Bricklayers Arms.

Three community groups have joined forces with politicians in a campaign to convince Transport for London to build a third tube station at Bricklayers Arms roundabout as part of the Bakerloo Line extension.

Earlier this year, TfL consulted on plans to build two tube stations on the Old Kent Road and a 25 metre-high ventilation shaft at Bricklayers Arms as part of plans for the £3billion extension.

But the proposals came under fire from residents and businesses in the area who opposed the ventilation shaft and called for a tube station instead.

“What we are saying is the ventilation shaft would mean six to seven years of major works and disruption to the community, the road and the area, with nothing to show for it at the end,” the 30-year-old told the News.

“The Old Kent Road, New Kent Road and Tower Bridge Road need a transport hub to survive as an area.

“It’s a great place but Tower Bridge Road isn’t the thriving area it should be because we don’t have the transport hub.

Mr Ahmed said lots of businesses in the area were experiencing the same problems and that a tube station could resolve the issue.

“The roundabout is a good location for a tube station as well because it’s got the exits there and it’s like Old Street,” he added.

Sir Simon Hughes, former Lib Dem MP for Bermondsey and Old Southwark, added: “36 years after I first campaigned for an extension of the Bakerloo line down the Old Kent Road at last we are within reach of a result.

“To benefit all our local communities, we need three stops between Elephant and New Cross, including one at Bricklayers Arms, and the roundabout was designed to make this possible.”

Matthew Yates, TfL’s head of transport planning and projects, said:  “We did carefully consider the Bricklayers Arms junction as a possible station location prior to the public consultation, but we decided it was not suitable as there was insufficient available land to allow for construction. It is also close to the existing Tube network.

“Following the results of the public consultation we will now carefully review our plans for the Bakerloo line extension, while continuing to liaise closely with the local community.”

A rally will be held at the Bricklayers Arms traffic island from 11.45am to 12.15pm on Saturday, November 4.

Good call to the local TRAs, Business partnerships and Lib Dems. Let’s get as many people out there to show TFL how much this is needed and wanted. Bring your family and friends.