He has now been released under investigation 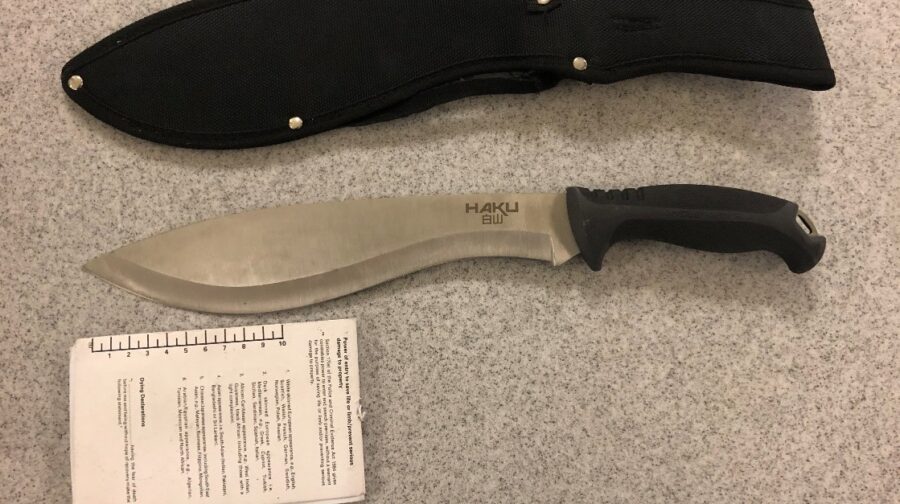 The weapon found by police

A teenage boy was caught carrying a ‘Rambo knife’ in the back of a Lordship Lane taxi last night.

Officers checked the stationary vehicle at 12.30am on Thursday (October 1), after saying four teenage boys inside were ‘acting suspiciously’.

The knife was found inside the pocket of a fifteen-year-old who was stopped and searched after he was seen fidgeting with his waistband.

He has now been arrested on suspicion of possessing an offensive weapon and, in a more thorough search in custody, found with a small bag of class B drugs and further arrested.

The boy has now been released under investigation. The other three boys were not arrested.

Superintendent Kris Wright of Central South Command Unit said: “The knife seized in the early hours of this morning by emergency response patrol officers is potentially another violent incident prevented and this shows the value of stop and search.

“Tackling violence is the Met’s top priority and we will continue to take knives and drugs off of our streets.

“We are working in partnership with the Youth Offending Service to ensure that the right support and intervention is in place to reduce offending.”