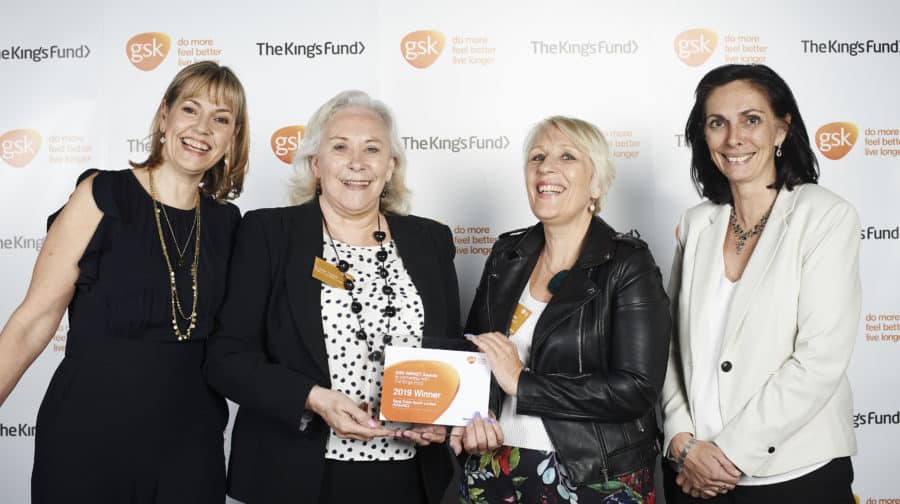 Rape Crisis South London has won a coveted award recognising the importance of its support work – especially given the number of women and girls referred for help has leapt by nearly 50 per cent in just one year.

Based in Croydon, the charity has now expanded its reach to cover Southwark, Greenwich, Bexley and Kingston after it found them to be lacking in existing support for survivors of sexual violence.

On Thursday, May 16, its team’s hard work and dedicated support was highlighted as they won one of ten GSK Impact Awards at an annual ceremony, beating 370 other organisations from around the country and netting £30,000 in extra funding.

The awards, run in partnership with The King’s Fund, are designed to recognise the outstanding work of community-based health care charities.

Rape Crisis South London helps women and girls from age five and above who have experienced any form of sexual violence.

In the last year it has seen a huge increase in need, after 43% more women were referred between July and September 2018 than the year before.

The charity gives counselling and emotional support, and also supports women as they navigate the justice system from reporting crimes to prosecution.

The charity’s chief executive said: “On behalf of all my staff and our clients, I am deeply honoured to be recognised by GSK and The King’s Fund for the high quality work that we do.

“We strive for excellence to provide the best possible service for survivors who have been through the worst experiences of their lives and it is deeply gratifying to have our standards recognised by these two esteemed organisations.”

“The judges were particularly impressed with the charity’s comprehensive approach to offering support.

“The organisation listens to its clients’ needs and encourages them to take control of their own recovery.

“By offering up to a year of support and opening up services to women and girls of all ages, irrespective of how long ago they experienced rape or assault, the charity is having a huge impact on the lives of its clients.”