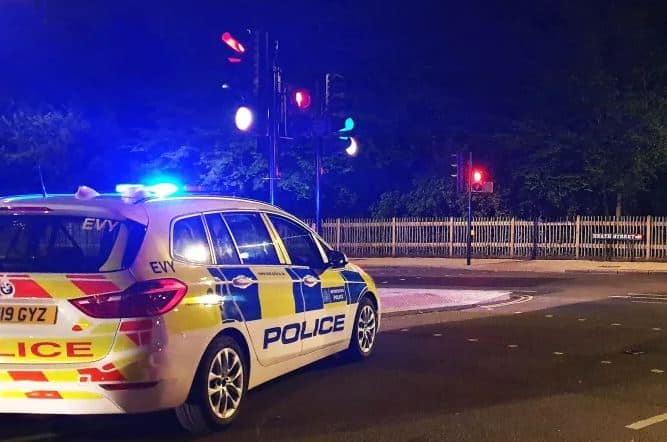 A rapist who attacked a woman he asked for directions as she walked home from work in Peckham has been convicted.

Taofiq Laguda, 46, was convicted of one count of rape and one count of theft at Woolwich Crown Court last Wednesday.

Laguda spotted his victim walking alone at night when he approached her at around 1.30am on 24 January last year.

The 18-year-old victim had just finished working at a restaurant in Peckham and had decided to walk home as the bus was taking too long to arrive.

The trial heard how Laguda pulled up beside the victim in his wife’s car and asked for directions before offering her a lift towards Deptford.

Soon after she got into the car, Laguda’s demeanour changed, and he told his victim that he could not stop where she wanted. Instead he drove into a dark and secluded area of an estate in Greenwich.

Jurors heard how the victim tried to open the door, before being threatened by Laguda, who said: “Get in the back or I’ll kill you.”

The 46-year-old raped his victim before driving off with her handbag containing her phone and money in the car.

The victim managed to get help from a passing stranger who then contacted the police on her behalf.

“This was a terrifying sexual attack on a young victim who had believed she had encountered a good Samaritan on her way home from work,” Momata Matin, from the CPS, said.

“Taofiq Laguda lured his teenage victim on the pretext of needing directions and giving her a lift in return.

“But Laguda was not looking for directions, he was cruising around in his wife’s car, without her permission whilst she was abroad, and hoping to find exactly this type of situation –  a lone female in the dark.

“During police interview Laguda also claimed that the victim had had consensual sex with him in his car – the jury did not believe his lies.”

Laguda, of Barking and Dagenham, will be sentenced at Woolwich Crown Court on 25 February.