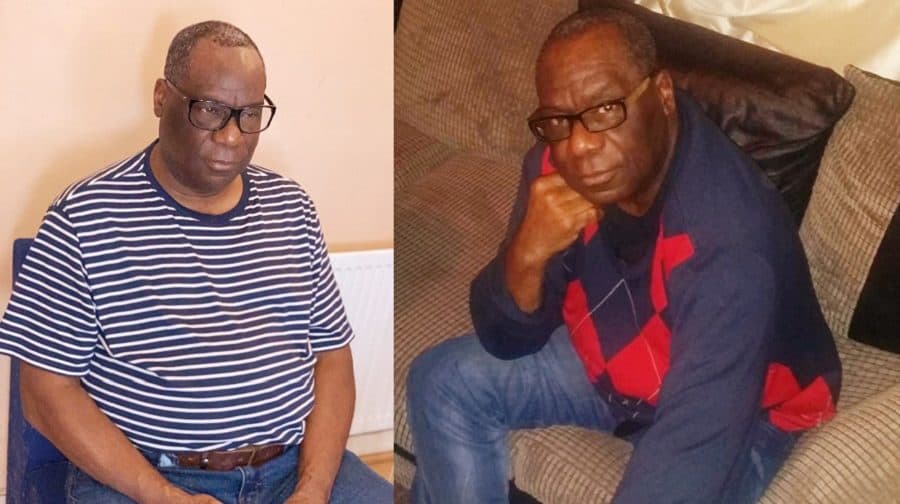 Raymond Kipre, a father-of-four, is remembered by family as a man who would do anything for loved ones

The family of a Peckham father who died only days after beating coronavirus have paid moving tribute to him as “a loving and kind-hearted man.”

Raymond Kipre, aged just 63, passed away suddenly in  hospital on May 29 – despite having apparently beaten coronavirus and coming out of a coma.

The sudden loss has devastated the family, says his daughter, Donna, who remembered her dad as a man who would do anything for his friends and loved ones.

“Dad was so loving,” she said. “If he had friends who were having problems he would literally make sure he was there for them.

“If they didn’t have money he would give it to them, he would lend them a bus pass so that they could find a job. He would make your problem his problem and wouldn’t stop until it was solved.” Raymond as a young man

Warning signs first appeared when Raymond came back from his work as a chef to his home on Southampton Way, saying he felt extremely tired.

After a couple of days, he began to lose his voice, found it difficult to walk and didn’t have enough oxygen in his body.

He was rushed to hospital for treatment – and while he had seemed in relatively good health for several days, went into a coma and was taken to ICU to be put on a ventilator, says Donna.

“They said, ‘you might never see him again’”, she tells the News. “He’s got kidney failure. But he slowly started to improve. He was there for two weeks and by week three he was good again.

“He beat Covid-19. He was so happy, they took him off the ICU and to a normal ward.”

But days before Raymond was due to be released on June 4th, Donna had a call to say that her father had passed away suddenly.

“They don’t know what he passed away of, it was such a sudden death,” she says. An investigation will now be carried out into the father-of-four’s passing, she added.

Devastatingly, relatives had planned on throwing a surprise party for the Peckham local, even refurbishing his flat while he was in hospital.

And plans had been made before Raymond’s death to meet daughter Natasha for the first time this year, and his grandaughter too.

“It was just the shock. We’d been planning a party for him, a BBQ, we’d bought some furniture so it was all different to when he left.”

In the wake of Raymond’s death, a fundraiser has been set up to help cover funeral costs. The family hope to have a proper send-off for the chef in late August.

Anything left over would go towards Raymond’s youngest son, who is aged just eighteen. “If we do get more, we’ll do something for my younger brother,” says Donna. “He’s not got a father figure in the family. He would know that Dad’s gone, but he’s got something for his future.

“Dad was always giving advice to my brother. He was always worried about my brother growing up as a young black boy in Peckham, he wanted him to do well.”

You can find the fundraiser on the GoFundMe website here.