Ten thousand people turned up to the Burgess Park event 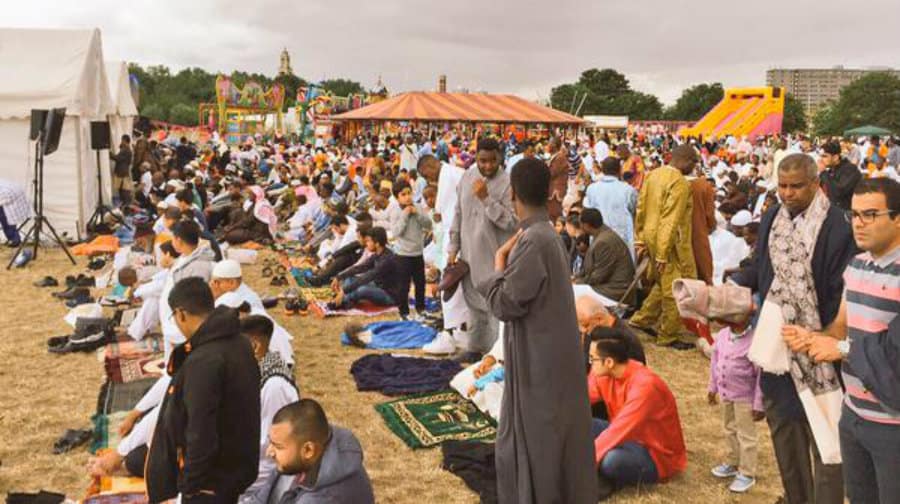 Ten thousand people flocked to Burgess Park on Friday to celebrate Eid, the Muslim festival to mark the end of the Holy month of Ramadan.

The day started at 10am with traditional outdoor Eid prayers. In the afternoon a fun fair and stalls with food, crafts and activities kept everyone entertained.

Now in its fifth year and run by the Southwark Muslim Forum, it broke its eight thousand visitors record last year.

Southwark police officers attended, but only to contribute to the festivities with a display of 1970s vintage police cars. The London Fire Brigade also let the children have a sit in one of their fire engines.

PC Alison Burke, Southwark faith engagement officer, said: “The Eid festival was bigger and better than ever, as crowds of up to ten thousand joined us in Burgess Park. This festival is a community event, open to everyone and this year’s theme was ‘Bring Your Neighbours’.