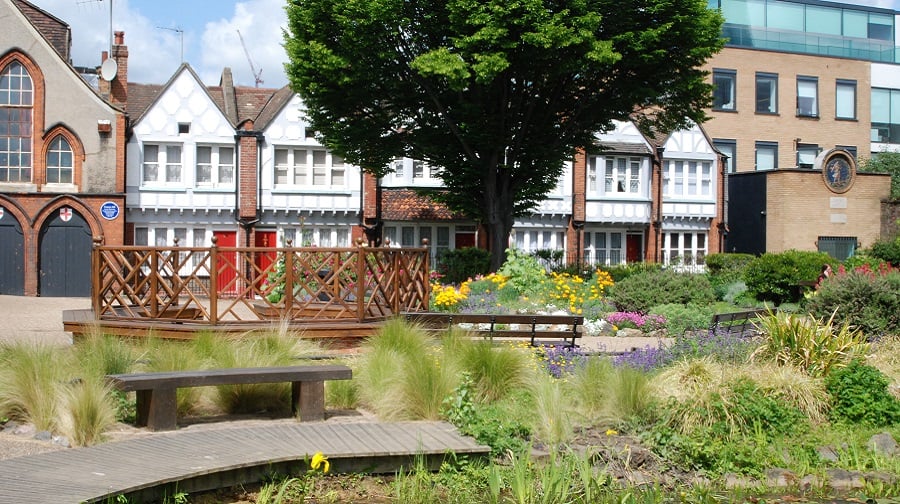 Red Cross Garden has been recognised as one of the best open spaces in the world.

The park is among a record-breaking 1,883 UK parks and green spaces to receive a prestigious Green Flag Award – the mark of a quality park or green space.

The international award, now in its third decade, is a sign to the public that the space has the highest possible environmental standards, is well-maintained and has excellent visitor facilities.

Red Cross Garden was renovated and restored to its original Victorian layout by Bankside Open Spaces Trust (BOST) in 2005.

Steeped in history, the park was designed by social reformer Octavia Hill.

The historic layout of the garden was lost under grass and tarmac by the late 1940s and became underused.

BOST secured funding from the Heritage Lottery Fund and Southwark Council and restored many of its original features.

“This award celebrates the dedication that goes into maintaining our parks to such a high standard.”