Rediscover the Voices of Black Activists

Children have never been very good at listening to their elders. But they have never failed to imitate them 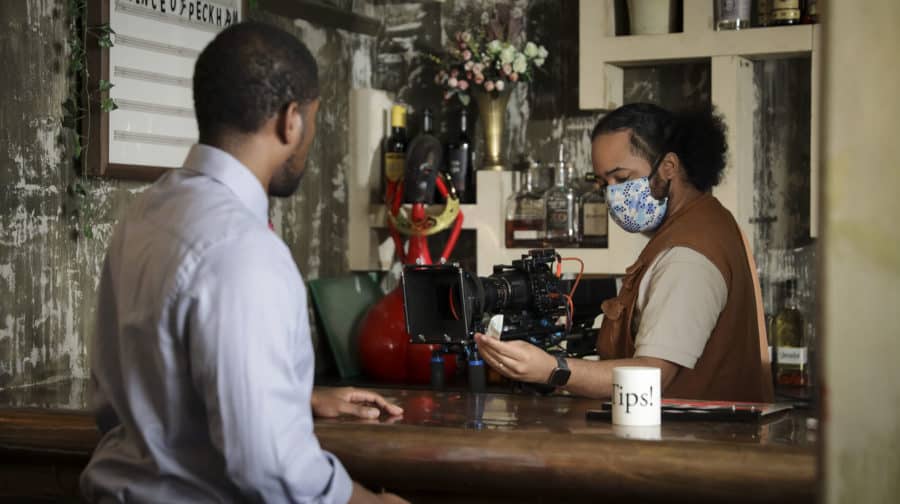 ‘Children have never been very good at listening to their elders. But they have never failed to imitate them’ James Baldwin

How much of our history do we carry? From the fields, across the waters and onto the streets; revolts become riots, rallies become tweets. This is the life. This is repeat. Uncovering texts from throughout history and the present day and presenting them for 2021, these films ask how much of the past remains in our present.

The series rediscovers the voices of black activists, poets, artists and real working people, across a period of more than a century. We conclude in the modern day after hearing from Sojourner Truth, Una Marson, Stanley Crooke, Desmond Pierre and Still Shadey. 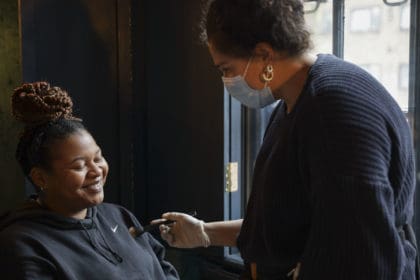 Amber James said today, “These films were born out of two things really – rage and love. We’ve come together to create a journey of films that honour where we’ve come from, whilst being real about where we’re at. Black History, it’s a living breathing thing. Their stories are our stories, and ours will be our children’s – and that is both beautiful and terrifying.”

Gershwyn Eustache Jnr’s theatre credits include Pass Over (Kiln Theatre) Small Island, Pinocchio, Home, Nut (National Theatre), Anatomy of a Suicide, A Profoundly Affectionate Passionate Devotion to Someone (Royal Court Theatre), The Royale (Bush Theatre) and The Comedy of Errors (Shakespeare’s Globe). For television, his work includes I May Destroy You, Small Axe, Britannia, Fortitude, Legends, Peter and Wendy and Run; and for film, The Yellow Birds, Second Coming and Starred Up.

Kayla Meikle’s theatre credits include Shoe Lady, Ear for Eye, Primetime (Royal Court Theatre), Vassa, Dance Nation (Almeida Theatre), All My Sons (The Old Vic), A Midsummer Night’s Dream, Jack and the Beanstalk (Lyric Hammersmith), Macbeth, Romeo and Juliet (National Theatre), The Taming of the Shrew (Arts Theatre) and All the Lives (Ovalhouse). Her television credits include Will, After Life, The Capture and Small Axe.

Rikki Beadle-Blair MBE is a writer, director, composer, choreographer, designer, producer and performer working in film, theatre, television and radio. Having written and directed 30 plays over the last 20 years along with several feature films, shorts and tv episodes and series, he has won several awards including the Sony Award, the Los Angeles Outfest Screenwriting and Outstanding Achievement awards. Rikki’s passion for encouraging creativity and business sense in other has led him to becoming a committed mentor to a great many writers, actors, composers and directors around the world.

Tristan Fynn-Aiduenu is a British-Ghanaian theatre-maker whose work aims to stretch the imagination of his audiences with his unique brand of storytelling. Tristan has directed at venues including The Young Vic, Albany Deptford, Theatre Royal Stratford East, and National Theatre. He is an Associate Director of Initiative.dkf and Playback Drama. He is an Associate Producer for The Melanin Box Festival and a reader for the Orange Tree Theatre. Fynn-Aiduenu was trained on the Stonecrabs Young Directors Programme and the Young Vic Springboard Programme, and is the winner of the 2019 JMK Directors Award.

The full series, co-produced by ETT and Black Apron Entertainment, is available to watch from Wednesday 24 February 2021 via YouTube (www.youtube.com/user/ETTonYT) and Instagram (www.instagram.com/englishtouringtheatre)