The footloose kids "performed magnificently" at the Birmingham event. 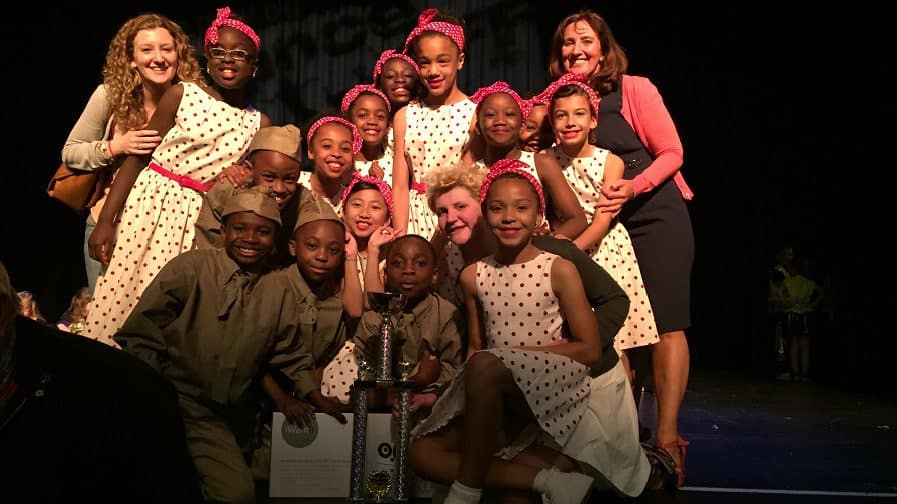 Footloose pupils at Redriff Primary School danced their way to victory at a national competition earlier this week.

The students showed off their moves at the Great Big Dance Off in Birmingham on Monday, seeing off 30 other groups of regional finalists.

The creative kids choreographed and performed an original piece based on World War 2 and inspired by the school’s dockland past.

Headteacher Sheila Cohring said: “Redriff had the very last slot of the day, which meant they had to wait a long time to perform with nerves reaching a crescendo, it also meant that they were able to watch a lot of the other finalists.

“When their turn finally came around they performed magnificently and with great precision, like true professionals. They won the hearts of the crowd and the judges. Travelling home on the tube at 8.30 in the evening they even treated other travellers to some singing and dancing spreading their joy across London.”

The brilliant Olivia Boyd, their teacher, also played a massive part in getting the kids into the finals and onto the win! All the effort from teachers and children paid off!!