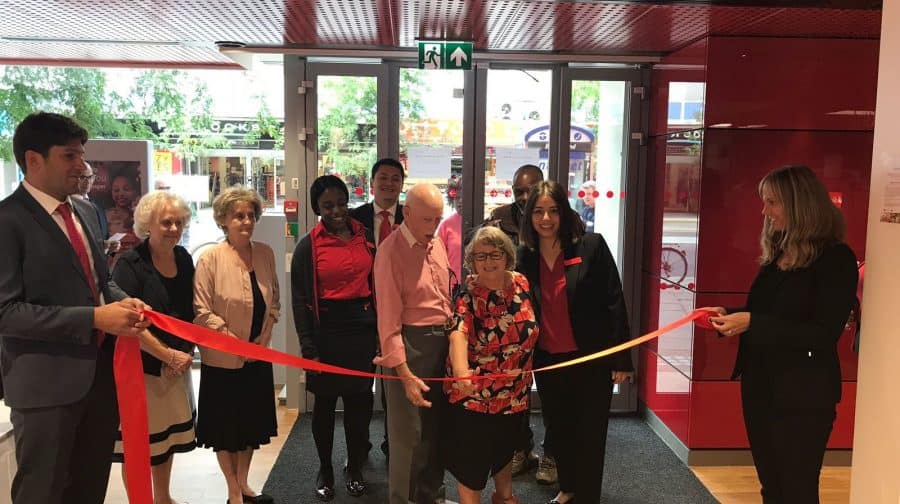 A newly refurbished Santander branch has opened on Walworth Road – after it has been revealed its Elephant and Castle branch will close in October, writes Siva Thangarajah…

The redeveloped branch, which opened its doors last Friday, will have digital workstations with tablets for online banking, Express Banking with a new ATM wall, counter services for more secure transactions as well as private interview rooms, and reception desk to greet customers on arrival.

Santander’s head of retail distribution, Susan Allen, says: “Banking is changing at a rapid pace and we wanted to create a branch that can accommodate the needs of all our local customers.

The new opening comes after the news that another Santander branch nearby in the Elephant and Castle Shopping Centre will be closing in October.

The bank decided not to renew their lease after the announcement the shopping centre will be redeveloped, saying digital banking through apps and the internet had reduced demand for traditional high street branches.

Longstanding customers Mr and Mrs Vigurs opened the new Walworth Road bank last Friday, and a cake sale was held in honour of the grand opening to raise funds for Demelza Hospice, raising more than £50.