Cllr Mark Williams confirmed his preferred site at a meeting of the council's Overview and Scrutinee Committee this week. 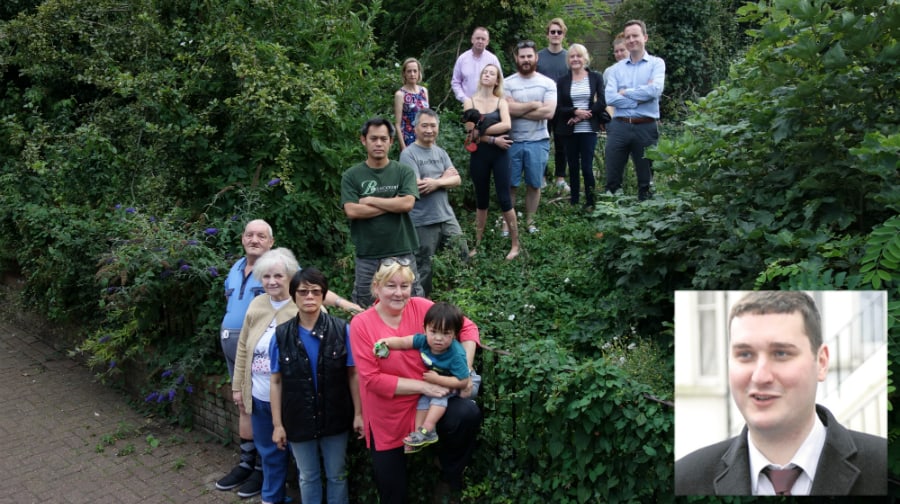 The council’s regeneration boss has reiterated his intention to put forward a “green haven” as the site for a new leisure centre, after spending a month considering his decision.

Residents had reacted with fury after learning that the green patch of land on the western edge of Surrey Quays Shopping Centre car park was being mooted as a potential site for Seven Island Leisure Centre’s proposed replacement.

However, following a meeting of the council’s Overview and Scrutiny Committee (OSC) last month, Councillor Mark Williams froze the decision-making process until this week to allow him to consider all potential sites before making his proposal.

On Monday, however, he confirmed to the OSC that he still believed that the patch of land was “the best option.”

Catherine Whitaker, of the Canada Water West Residents Action Group, said: “It just seems that the decision is a done deal. They have gone away and done their homework and basically put more flesh on their preferred recommendation. They say they’ve looked into other sites but there is no point in offering us Rotherhithe police station and then immediately saying it’s too small because we know that.”

A consultation will begin in mid-December in which residents will be asked for their opinion on the proposed sites. Councillor Anood Al-Samerai, a member of the OSC, said: “Liberal Democrat councillors are really troubled that Labour are still listening to developers and not local residents. They must carry out a genuine consultation where the people who live in the area and will use the new leisure centre actually get to decide where it is and what it looks like.”