She was found with burns on a bus in June 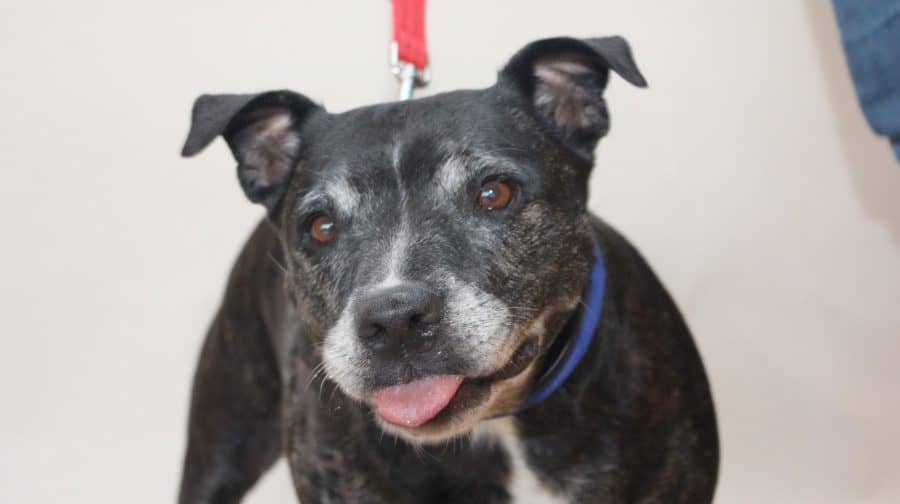 A re-homing appeal has been launched for a burnt dog who was abandoned on a Lewisham bus.

Staffie Chelsea, 10, was taken to Battersea Cats and Dogs Home after being found on a Bromley road bus, with large shoulder scarring thought to be from burns.

Now Battersea staff have appealed for a loving family to take Chelsea into their home.

Battersea’s Rehoming and Welfare Manager Rebecca MacIver said: “Although we know nothing about Chelsea’s history, it would be fair to say that this smiley Staffie hasn’t had the best luck so far.

“For this lovely girl to be brought into Battersea after being stranded on a bus is really unfortunate; especially as she’s an older dog.”

The manager added that the poor pup has “found kennels to be quite stressful” so it’s hoped that she’s rehomed soon.

MacIver said: “She’s a very people orientated dog, and would love nothing more than to live out her twilight years surrounded by a new and loving family to call her own.”

Battersea, which has been in operation for over 150 years, has rehomed over three million pets, including 7,000 last year.

Anyone who would be interested in rehoming the unlucky Staffie should contact the home on 0800 001 4444 or visit www.battersea.org.uk/rehoming.