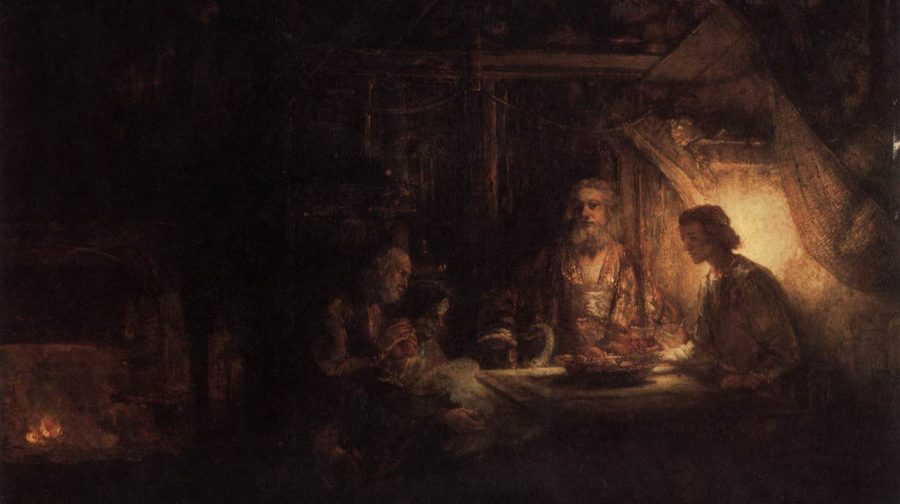 One of the paintings targeted was Philemon and Baucis

The Dulwich Picture Gallery has revealed the two valuable Rembrandt works which were the target of an audacious night-time heist in November.

A brazen snatch attempt of the paintings was foiled only when the unknown criminal dumped the artworks in the gallery’s grounds while being pursued by security staff.

Now the gallery has revealed that the two paintings that the criminal managed to remove were Pilgrims at Emmaus, and Philemon and Baucis.

They have now been returned to their lenders, the Louvre in Paris, and the National Gallery of Art in Washington DC respectively. 1648’s Pilgrims at Emmaus shows Jesus breaking bread with pilgrims following his resurrection, while the second painting shows Roman gods revealing themselves to the elderly Philemon and Baucis.

A spokeswoman for the gallery said: “The two works targeted were Pilgrims at Emmaus from the Musée du Louvre, Paris, and Philemon and Baucis, from the National Gallery of Art, Washington DC.

“The two works are now back with their lenders. We worked closely with the two lenders of the works in question, ensuring they could be returned swiftly and safely.” The Rembrandt paintings were inside the Dulwich Picture Gallery

The heist was staged only minutes before midnight on November 13. The burglar managed to snatch two of the 35 pieces of artwork from the major exhibition.

The criminal set off the gallery’s internal alarm system, and was able only to make their escape after spraying a police officer in the face with an unknown substance.

The attempted theft forced the gallery to close for more than two weeks.

The condition of the artworks are now being examined by the respective lending galleries. Scotland Yard is still hunting for those responsible for the daring art heist.

Rembrandt’s Light exhibition looks at the Dutch artist’s works between 1639 and 1658. The exhibition, which has received positive reviews, closes on Feburary 2.

Rembrandt is widely considered one of the best artists in history.