Southwark remembered its fallen soldiers at a number of events on Remembrance Sunday. 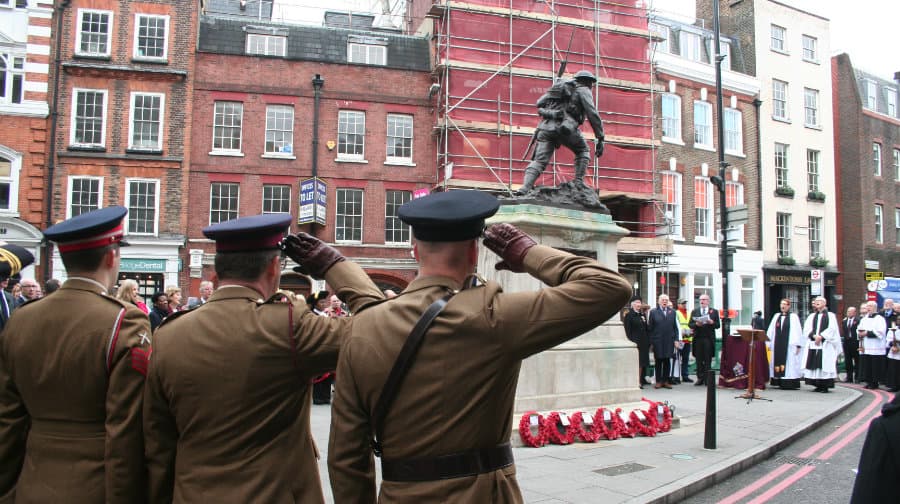 The ceremony was led by Southwark Mayor Dora Dixon-Fyle, and was attended by MPs Neil Coyle and Harriet Harman, Leader of Southwark Council Peter John, leader of Southwark Lib Dems Anood Al-Samerai, and Deputy Lieutenant Mrs Jenny Bianco, who was representing Her Majesty the Queen.

A two minute silence was observed before wreaths were laid at the base of the Borough War Memorial. The Last Post was also played and the Ode to Remembrance read out in front of a crowd of over 100 residents paying their respects.

Other memorials were also held at other sites across the borough, including at the West Lane Memorial in Bermondsey.

Scouts at the West Lane memorial on Remembrance Sunday.