The hairdresser's manager stressed that he didn't want to be 'pessimistic' 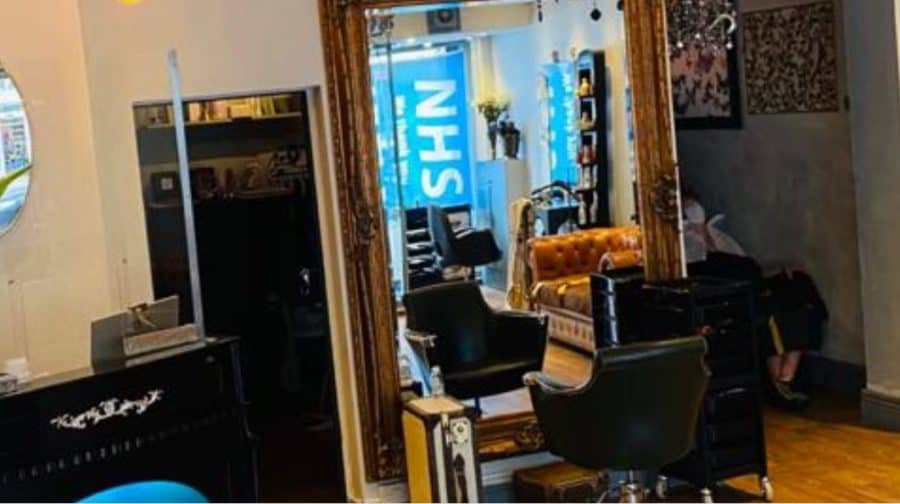 A Bermondsey hairdresser is “nervous” about reopening on April 12, writes Kit Heren…

German Sercovick Hair Salon, a hairdresser on Tower Bridge Road, is opening up as soon as government restrictions allow, its manager has said.

“We’re going to be really busy,” Santiago Dosal said. “I think we’re all a little bit nervous about how to deal with social distancing. We’re hoping that everything goes well in the beginning.

“We hope that it’s the same thing that happened in first lockdown. Most people are very cooperative, and the customers made it easy to be safe.”

German Sercovick, which has been in the area for about five years, is fully booked the first week after reopening and busy for the following weeks too. But Dosal said the salon had concerns about business after the first rush has died down.

“After that, we don’t know what will happen. I make the comparison with the first lockdown and after the first couple of weeks (customer numbers) dropped a lot.

“There’s a lot of uncertainty. Business doesn’t work like in the past when you could say May would be busier and June or July would be quieter, for example. We don’t know what is going to happen.”

Dosal added that he did not want to seem pessimistic.

“After every crisis, like World War Two, the economy has to grow. People want to go out, spend money after not being able to for so long.

“The other thing is people might have less savings, they might have lost their jobs. So we’ll have to wait and see.”

To book a haircut at German Sercovick Hair Salon go to www.germansercovick.co.uk/booking/