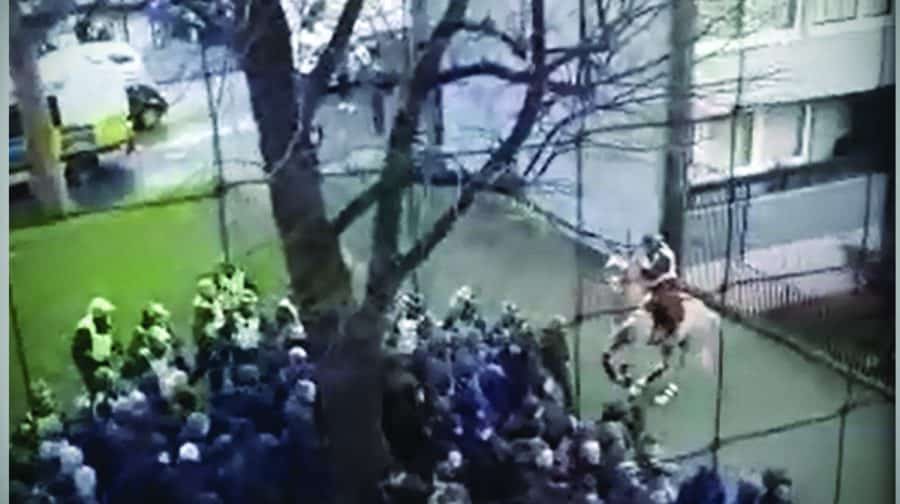 A damning report has alleged that Everton fans threatened an away coach driver and tricked another into thinking they were ill prior to the outbreak of serious violence at the Millwall FA cup game in January.

The report criticised Huyton Mini Coaches for how it handled away fans at the Millwall match, despite the company ferrying Everton fans to away games for several seasons.

In evidence heard from a police officer attached to Everton, one coach-load of fans “took part in the most serious football violence (he had) seen in 28 years of policing,” on January 26.

If the away coach “had adhered to the instructions, it is my belief that the violence would not have been as serious as it was,” PC Michael Dacre, of Merseyside Police, told the traffic commissioner of the North West of England, Simon Evans. Coaches had been given a set route and stops were forbidden before arriving at the Millwall game, as police had raised concern about violence if home and away fans came close to each other.

However, one Huyton coach departed from the set route and dropped off a “large number” of away fans near to Euston station, the report found.

Coach driver, Mr Szilagy, was reportedly tricked by Everton fans into thinking a passenger was suffering from a medical emergency – and the fans then independently met up with other supporters and travelled across London.

A second coach also breached its instructions, stopping at a pub in Luton, the report found, allegedly arriving late to the game. The coach was then involved in a “violent incident” with Millwall fans.

“Windows were broken and damage was caused to the vehicle,” found the traffic commissioner’s report.

“Occupants of the coach were seen throwing bottles and cans and were said to be ‘winding up’ those outside, leading to serious disorder problems.”

The ‘catalogue of failings’ meant the risk to the public was increased, the report found. The commissioner declined to find the coach operator had lost its repute – but said it should be “seriously embarrassed.”

However, it ordered Huyton Mini Coaches lose its license as a result of its financial standing. The News has contacted Huyton for comment about its license.

As this paper has reported, the outbreak of football violence – dubbed the most serious seen in the capital for many years – led to a large outbreak of violence near to Surrey Quays station.

Whelan’s Pub, on Rotherhithe Old Road, was trashed during the melee, as was a charity shop on Southwark Park Road in a separate outbreak of disorder.