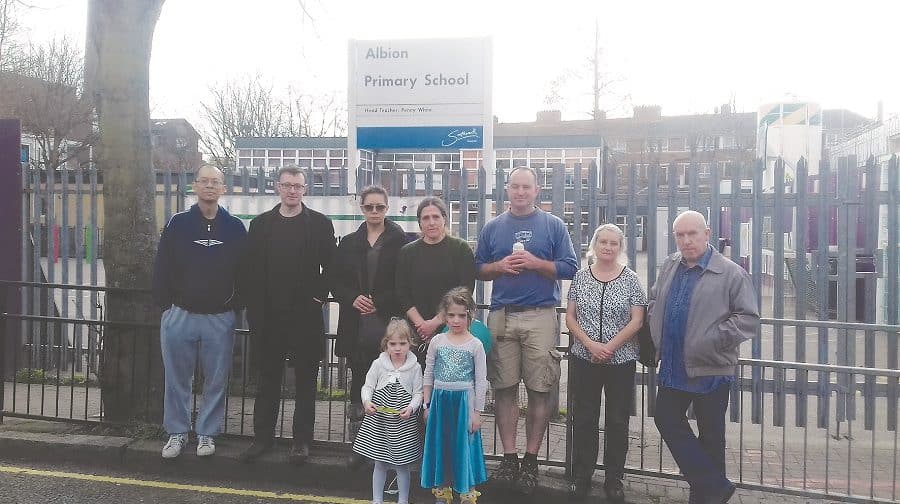 Local residents have accused the council of failing to consult with them over plans to build a six-storey housing development on land which used to belong to Albion Street Primary School writes Kirsty Purnell.

Consultation about putting flats on the site began in July 2015, but some residents of adjacent Clack Street, Renforth Street and Pump House say they were in the dark about the plans until as late as December 2016.

Residents believe that the council has consulted with governors and parents, rather than people living in the immediate area.

The opposing residents reiterated they understood the need for extra housing, but were against it going on the nominated site, which used to form a section of the school playground.

The council argues that the idea to build housing on the Albion Primary site – as part of their 11,000 new homes pledge – has never been a secret and was included in the initial plans for site re-development.

They state that they had good uptake of the six consultation events they ran between July 2015 and February 2017.

However, residents state that most people on Clack Street, Renforth Street and the Pumphouse didn’t receive an invite to any consultation until September 2016 at the earliest.

Albion Street Primary School is currently undergoing a major re-build, which will give it a two-form building and enable it to take in an extra 90 pupils.

The main reason for resident opposition is fear that building flats on the site will rob children of their play space. Residents fear that children’s play activities will be restricted to the new school’s rooftop play area, with little or no space on the ground.

However, school plans indicate that when the new school building is complete, there will be as much play space at ground-level as ever before. This will include a multi-use games area.

The roof space – a learning and play area – will be in addition to the space available on the ground.

The Council has also pointed to the fact that the school’s new play area was carefully assessed by the Department of Education before being agreed to.

Residents also cite height of the proposed block as a major concern, with fears the new block will dwarf everything else in the area. “It doesn’t fit with the surroundings,” said Clack Street resident, Nicky Amor.

“It’s going to feel far too big and built up,” said another resident from Clack Street.

“We have worked closely with the school to make sure that not only are pupils not losing out but that the new space will be better for them.”

“We know a handful of residents are concerned about the scale of the building and any issues they raise through the planning application process will be considered by our planners.”