“The fire wardens said they need to clear the halls, and then all the door mats were gone. And I’ve seen them just put them all in the bin. They should reimbursing people for them," one resident said 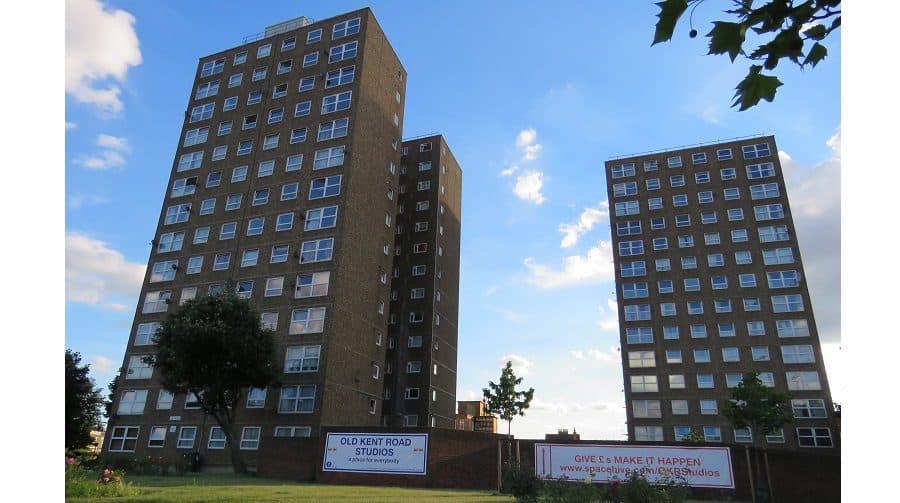 Ledbury residents have told of their confusion after discovering that doormats had been confiscated from every flat in the four tower blocks, as a safety precaution.

It came as residents learnt that large scale-fire safety checks were being undertaken in four tower blocks on the estate, after cracks in walls were reported as ongoing fire-safety risk (read full story here).

Three Bromyard House residents, Michael, Peter and John (given alternative names to protect their identities) told the News on Monday that fire wardens had been deployed on every second floor of the blocks, and appeared on the estate on Friday without warning.

“There’s a security guard on each landing since Friday, in case there’s a fire,” said Michael. “They came on Friday and threw away people’s door mats and anything they had in the landings.

“They said they were fire risks. They just threw them away. They took them and didn’t tell people.”

John added: “The fire wardens said they need to clear the halls, and then all the door mats were gone. And I’ve seen them just put them all in the bin. They should reimbursing people for them.”

A Southwark Council spokesperson said the mats were removed “in order to provide the safest escape routes through common areas…. This is a zero tolerance management action that we are applying across the borough.”

Peter said he had been a resident in the blocks for more than 30 years, and that the cracks had always been present in his flat.

“Everyone is also upset about the amount of damp in their flats. We shouldn’t have to put up with this, but we have to.”