Call for compensation after broken security door leads to 9 months of ‘hell’.

Residents at the Dodson & Amigo Estate have been forced to deal with rough sleepers, drug users and petty criminals accessing their blocks. 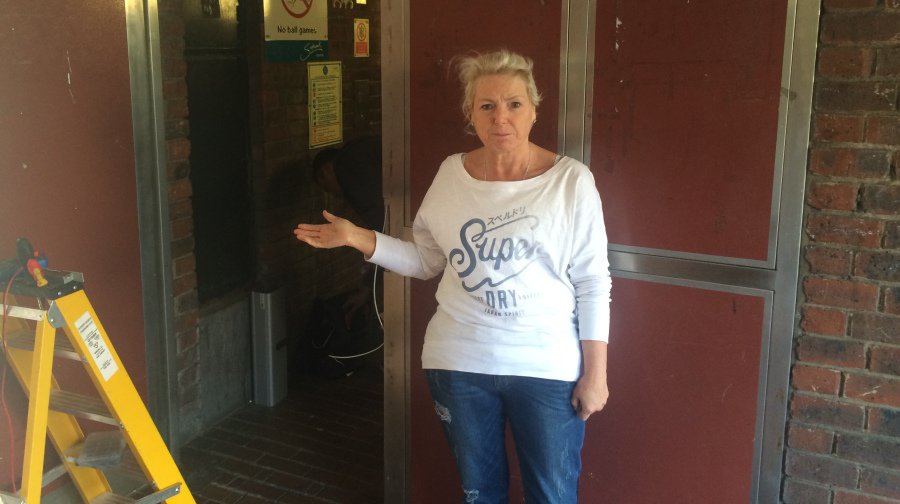 A Borough resident is demanding compensation for residents of an entire block of flats after nine months of ‘hell’ caused by a broken security door.

The faulty door allowed rough sleepers, drug users and petty criminals to access the Jurston Court block of the Dodson and Amigo Estate, leaving many residents feeling unsafe in their own homes.

Jacqueline Gilmartin, 57, who suffers from respiratory problems, told the News that the situation was ‘shocking.’

She said: “We have had people sleeping on camp-beds in the corridor and drug users gathering in the bin rooms. There are young families around here, kids and old people. They should be able to feel safe in their own homes. I have young grandchildren who I worry about when they come to visit.”

Some doors were finally fixed after Southwark Council were contacted by the News, but other entrances still remain broken and open to all.

Another broken door in the estate.

Jacqueline said: “It shouldn’t have taken nine months for them to fix it. We have reported the issue and nothing was done. They seems to almost wait until something happens and they are forced to fix it.

“Whenever they do actually come and fix a broken door, it breaks again a couple of days later. We need new doors or a new security system, not just quick-fixes that don’t work anyway.”

She added that she also felt that the estate’s location on the edge of the borough meant that the area was often ignored by the council.

She said: “I have lived here for 44 years and this is a real bone of contention for residents. We’re so out of the way that we end up being ignored by the council and MPs.”

She said that she wanted the council to reimburse all residents for the service charge they had been paying for security, and compensation for the stress and inconvenience.

Cllr Richard Livingstone, Southwark cabinet member for housing, said: “We are aware of an intermittent fault that has been affecting the doors at Jurston House and we are about to consult with residents on proposals for a long term solution.

“In the meantime repairs are being made as soon as they can be after they are reported – the most recent repair was first reported on 18 May and specialist repairs were made a couple of days later.  I am sorry for the inconvenience and frustration residents may be feeling but I would ask that they bear with us while we try to find the best permanent solution to this issue.”

Southwark NewsNewsCall for compensation after broken security door leads to 9 months of ‘hell’.