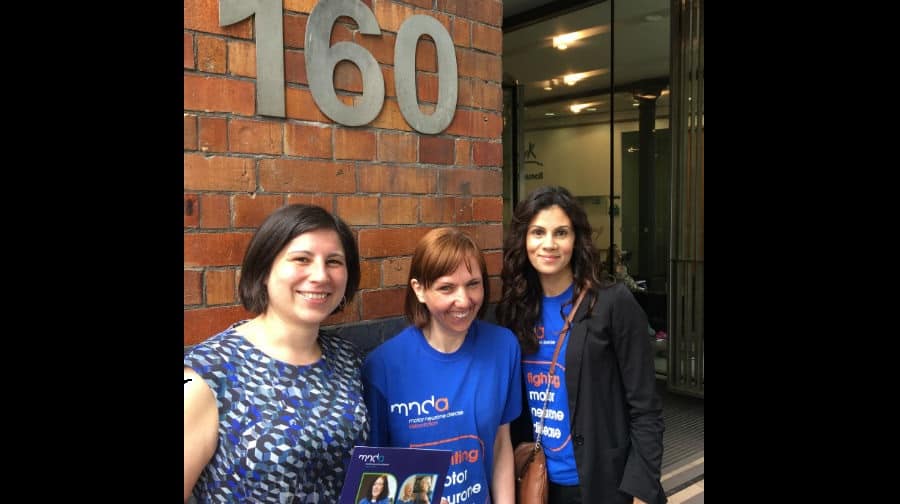 Southwark Council has adopted a charter to help sufferers of devastating Motor Neurone Disease, after a campaign by two local residents.

Lorraine Sheahan and Emma Winter both lost loved ones to the progressive illness that affects the brain and spinal cord, and can leave sufferers ‘locked in a failing body,’ unable to move, talk and, in the end, breathe.

The residents campaigned for the council to adopt the five point charter – drawn up by the Motor Neurone Disease (MND) Association – to help others.

Emma, from Kennington, witnessed her grandmother die from MND when she was a child and has spoken about how “cruel, dehumanising, humiliating and horrific” and “utterly hopeless” it was for her.

Emma said: “Nine months after moving into my house share I received a text from my housemate, Sarah, to say she was heading home, having just found out her mum had been diagnosed with MND.

“As a child I’d witnessed my grandmother die from it and I wasn’t sure how honest I should be. Should I tell her how cruel, dehumanising, humiliating and horrific her mum’s life was going to be now?

“At first, not knowing much about the disease Sarah seemed ok. It was so hard, because of course I didn’t want to have to tell her the situation was utterly hopeless and that her mum was most likely going to die soon.

“For people like me who have seen this disease destroy lives – those of people close to me and the many lovely people I’ve met through volunteering, your support of the charter is really important.”

In the time that six people are diagnosed every day with MND, six people die from it. At any one time there are approximately 5,000 people with MND in the UK.

Bermondsey woman Lorraine Sheahan, who reached out to Liberal Democrat Councillor Anood Al-Samerai to help with the charter, lost her father in just three months and spent time she could have had with him on the phone explaining his situation.

She said: “During the very short time I had with my dad – three months and twenty days – I spent far too much time on the phone with the many services, not only explaining what MND was, but the progression of it and the aggressive progression of my dad’s case.

“That’s time I should have been spending with my dad, supporting him, caring for him. Moments and memories that I will never get back. This is why it is so important for other people suffering.

“It leaves people locked in a failing body, unable to move, talk and eventually breathe. Some people may experience changes in thinking and behaviour, but most remain fully aware of what is happening to them.”

The Motor Neurone Disease charter is made up of five steps: The right to an early diagnosis and information, the right to access quality care and treatments, the right to be treated as individuals and with dignity and respect, the right to maximise their quality of life, and carers of people with MND have the right to be valued, respected, listened to and well-supported.

Southwark Liberal Democrat Leader, Councillor Anood Al-Samerai, said: “I met recently with the daughter of someone who died of MND just a few months after being diagnosed.  It was heart-breaking to hear her story and how the council has failed up to now to respond fast enough to the developing needs of sufferers. Due to the disease’s progressive nature, a quick response to these symptoms is needed to preserve the quality of life of those living with MDN. In this resident’s case the council’s response was too slow and it proved unable to keep up with their needs. I wanted the council to do more to help and that’s why I tabled this motion for debate. Councillors heard some truly moving stories about what it’s like to live with MND and care for people with it.

“I was pleased that all the political parties agreed to adopt the MND Charter. Councils have an important role to play in the treatment of the disease’s symptoms and in the wellbeing of residents who suffer from it.”