Residents complain of a catalogue of problems in brand new homes including rough sleepers, water shortages and leaks

The three buildings in Camberwell Station Road: Woodrow Court, Felix Court and Spring Way, were built only eighteen months ago and are run by Wandle Housing Association. 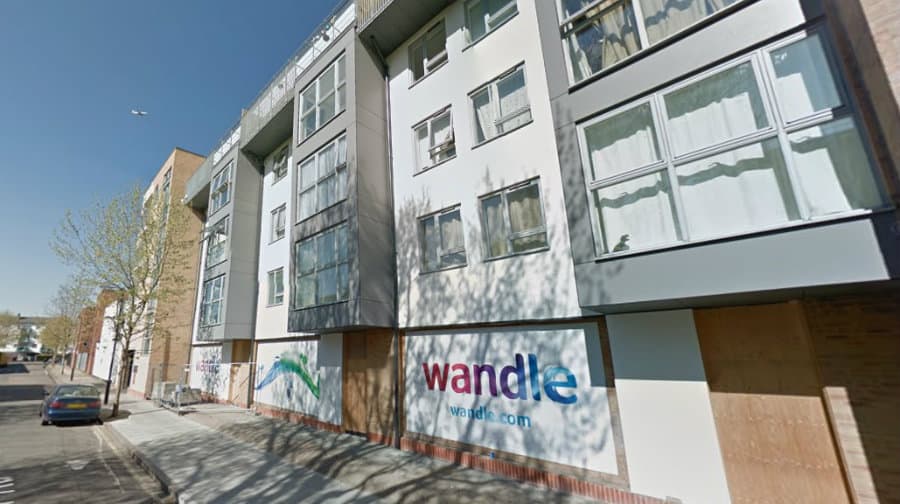 Residents of three newly-built housing blocks have listed a catalogue of issues with their homes, including rough sleepers, water shortages and leaks.

The three buildings in Camberwell Station Road: Woodrow Court, Felix Court and Spring Way, were built only eighteen months ago and are run by Wandle Housing Association.

Residents contacted the News with their concerns after reading the horrifying story of the 85 new-build Wandle-run flats in Solomon’s Passage, Peckham; half of which have been condemned for demolition despite being six years old.

Two women living separately in Felix Court, and who did not want to be named, spoke of problems with security, heating, and “systematic” communication issues they have battled” to have sorted out.

The first woman said: “One of my neighbours is a single parent with two children who had no hot water for eight months, and for days at a time had no water at all.

“It happens so often that all residents made a Facebook group to ask each other if we can use neighbours’ showers.

“There’s always going to be problems with a brand new building, but this has been going on and on.

“A lot of the people who live here are people who bought off-plan with shared-ownership. It’s just not what any of us expect from our first experience of owning a flat.”

The second woman told the News: “The security gates have broken many times, so we’ve had rough sleepers getting in here. I’ve left the flat in the morning to walk my kids to school and found people sleeping in the corridor.

“Wandle also have so many different contractors. It means whenever you need something fixed there’s three groups talking to each other before anything gets done. Then when people visit to look at the pipes or whatever, they turn around and say ‘I wasn’t told the problem would be with this’ or ‘this isn’t out problem’. It wastes hours of your life.

One man living in Woodrow Court, on the other side of the site, spoke anonymously about he and his partner feeling fazed by ongoing security issues, poor water supply and mysterious leaks.

“What’s also shocking is we have been having a lot of random leaks in the basement car park. Last night there was a huge leak on the first floor that keeps gathering at the basement,” the man said.

“There is also mould and mildew down there that Wandle say their contractors have fixed, but you can see was just painted over. We have smoke detection units seem to go on and off at random.”

One of the Felix Court women added: “To be honest, I like it here. These problems are a nightmare, but in a way they have brought a lot of us together and now it feels like a community. But if it carries on for too long we will have to think of selling and leaving.”

Camberwell Station Road, where the three troubled housing blocks are located, has already seen its share of misfortune. The Woodrow Court, Felix Court and Spring Way blocks were built to replace large residential buildings that were torched to the ground in 2010 because of an arson attack.

However a Wandle spokesman said: “[These] issues are in no way similar to those at Solomon’s Passage. There was a problem with a small amount of water entering the basement carpark through a retaining wall, but we have installed additional drainage which has resolved this. Woodrow Court is a steel-frame building, constructed in a completely different way to Solomon’s Passage.”

A Wandle spokesman said: “As with any new development, some defects have become apparent at Felix Court and Woodrow Court during the first twelve months of the homes being occupied.

“We have resolved most of the issues reported to us and have plans in place to address those still outstanding.

“We have received and responded to reports of antisocial behaviour and criminal damage at the development. Wandle is working with residents and the relevant authorities to tackle this, and we are in the process of installing CCTV around the buildings.

“Two residents have reported noise problems to us. The buildings exceed sound proofing standards as set by industry regulations but we will work with residents to try and reduce noise where needed.

“Wandle is committed to providing homes people can be proud of and will continue to ensure Felix Court and Woodrow Court are safe and secure.”

“Wandle is committed to providing homes people can be proud of and will
continue to ensure Felix Court and Woodrow Court are safe and secure.”
what a joke!!!

Southwark NewsNewsResidents complain of a catalogue of problems in brand new homes including rough sleepers, water shortages and leaks