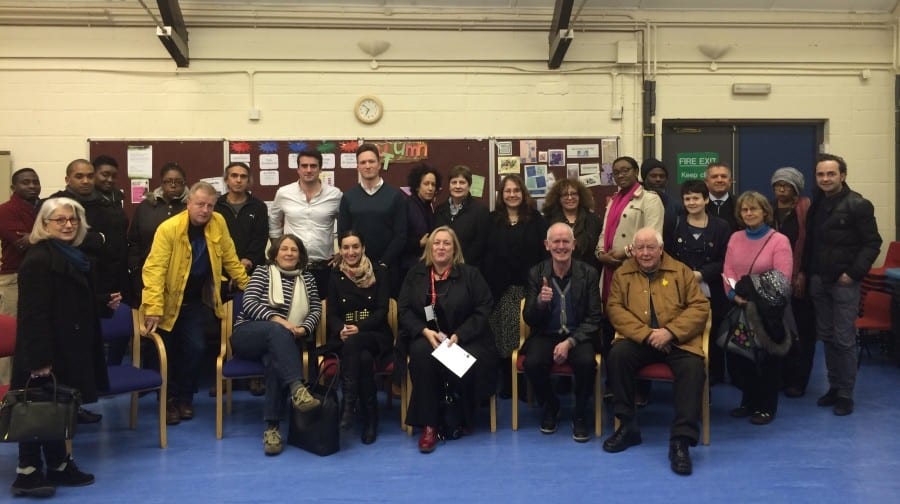 Residents of the Guinness Court housing block in Snowsfields are “devastated” by plans to add two more floors on top of the building.

Maria Lanzalaco, the former chair of the tenants association, told the News that the plans would cause “merry hell” for residents, who have already had to put up with years of construction noise from the Shard and London Bridge station.

She said: “We’re all devastated, it will be merry hell. I’m absolutely devastated, no one wants it done – that is obvious.”

A year ago, the News reported that residents had re-formed their tenants association in the wake of rumours about the project – which have now been confirmed.

The proposals, put forward by the Guinness Partnership, would involve adding two more levels to the building – around 40 years since they removed two floors from the building.

Maria said: “At the end of the day, who wants to live in a construction site. And you’ve got to remember, they took the bloody roof of it in the first place!”

She said residents were concerned that the new flats would be made up of wealthy people who wants to move into the area to live near the Shard and fashionable Bermondsey Street.

She said: “It’s the very thought that it will mostly be available for the rich. I think it’s immoral. It is a beautiful building and now, like the rest of the country, it is a case of selling mother’s silver.”

The project, which would involve the creation of 30 new two- and three-bedroom maisonettes, was also criticised by local Lib Dem councillor Ben Johnson.

Cllr Johnson said: “I am uncomfortable about a luxury penthouse of leaseholder flats on top of the blocks, which are currently 100% social housing.

“I welcome any extra affordable housing in the north of the borough, but it must not be at the expense of existing residents.”

While the exact number has not been specified, the Guinness Partnership confirmed that the two new storeys will include affordable housing. A spokesperson for the Guinness Partnership said: “There is a desperate need for more affordable housing in London and we are committed to building new homes for those in need and making the best use of our existing estates. We hope our proposals to reinstate the original top two storeys at Guinness Court will deliver up to 30 new homes and help address local housing need in Southwark, as well as bring benefits to existing tenants such as improved security and lighting.

“This work is in its very early stages – we’re currently talking to our tenants about our ideas, and would of course do everything we can minimise disruption to them should the project go ahead.”

They will build them and then try to get you all out as is happening all over London. There is no compassion now not even with the Guinness Trust . Southwark Council and the ex head of planning who advises the developers are just allowing all of these wealthy money laundering people into our borough with open arms. Further more they dont pay council tax which means services will just disappear in the future