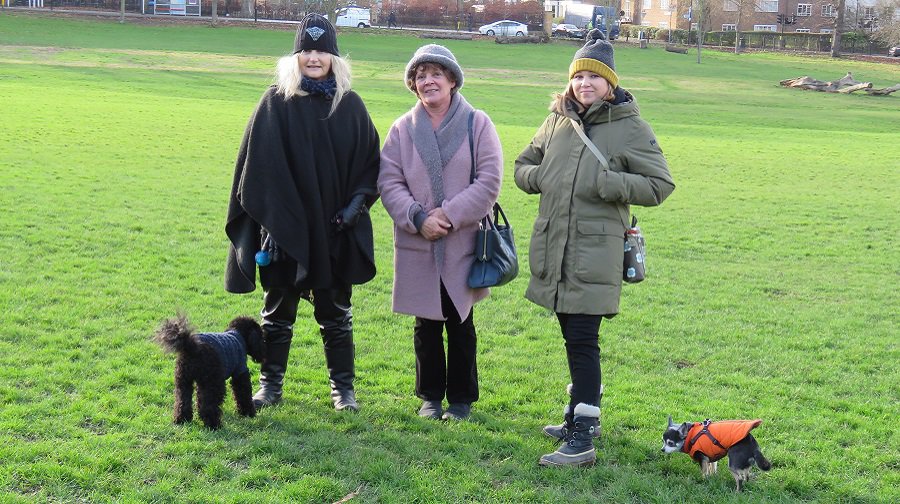 Residents at the festival site in Peckham Rye Park

Residents fear Peckham Rye Park will become a “money-making venue” if a festival is hosted there this summer.

Gala Festival, a two day music and food celebration, is to be held in the park over the bank holiday weekend from May 27-28.

The first day of the ticketed festival will be for adults only, while the second day will be for families of all ages.

An event company has submitted an application for a premises licence seeking to allow up to 9,999 people at the site at any one time and for the sale of alcohol.

It proposes to hold the festival from 11am to 11pm on the Sunday, 11am to 10.30pm on the Monday, and to sell alcohol up until an hour before closing.

But the Friends of Peckham Rye Park have raised concerns over the festival being held in the park – saying they fear it could “set a precedent”.

The chair of the group, who did not wish to be named, said some members feared there would be damage to the park and disturbance to residents by the volume of visitors leaving the site, disturbance to wildlife, and lack of access to the park for locals.

She said she also felt there had not been adequate consultation with the community.

“I think the park and the common are not big enough to host events such as this,” said the chair.

“They should be located in parks like Burgess where events can be located a distance from residential properties.

“A large area of the park will be closed off – they are quoting for eight days but we believe it will be longer than that for the land to recover.”

“Our main fear is that, if this is allowed, it could set a precedent for endless events of this type,” she added.

“So many people love this park: we just don’t want it turned into some money-making venue for Southwark Council.”

The premises licence application will be decided by a licensing sub-committee on Monday, January 29.

Although representations have been made about concerns of potential damage to the park, the committee is limited to considering matters about the licensing objectives only.

Permission to use the park has already been sought and granted.

Responding to the concerns raised, a spokesperson for Southwark Council said there would be a “phased closure” of the event which would see visitors begin to leave from 9pm to minimise the impact on residents and public transport.

The council also admitted that the consultation weblink did not work properly – but said this was fixed within 24 hours of being reported and that the call centre could be busy at times, but telephones were answered.

The site has been designed to minimise impact to wildlife and a series of protective measures will be in place such as trackway, tree trunk covers and fencing, and only one gate closed to the public, the spokesperson added.

“We have always sought to engage with our neighbours and will continue to do so.”