The current building, which used to be Rotherhithe Town Hall, is often booked for weddings, bingo and birthday parties 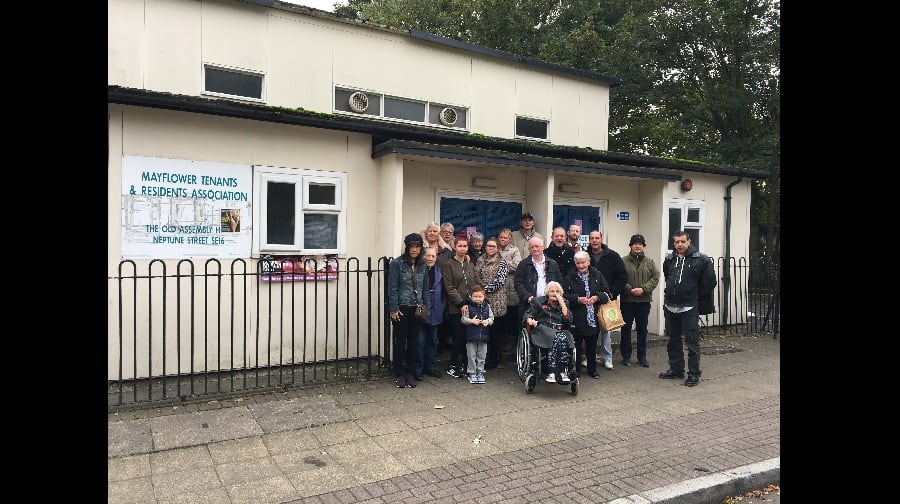 Proposals to demolish and rebuild the Mayflower TRA Hall with flats above it has left residents concerned that “noise complaints” will affect the new hall’s operation.

The current building, which used to be Rotherhithe Town Hall, is often booked for weddings, bingo and birthday parties – prompting fears the noise it generates will lead to complaints by any residents moving in above.

Susan Challis, chair of the Mayflower TRA, said: “They [Southwark Council] want to build an eight to nine storey block of flats here. It’s a historical building. We’ve had people from Australia and Canada come and tell us how they got married here 40 years ago.

“You could not live above it no matter the sound proofing. The council has not acknowledged the noise complaints issue. This hall is used by the community. There are wakes here and it’s even booked up until next year.”

Residents and members of the TRA have started a petition in opposition to the plans with 300 signatures so far, and are calling for “more dialogue” with Southwark Council.

Councillor Mark Williams, Southwark Council’s Cabinet Member for Regeneration and New Homes, said: “The existing building is an old pre-fab that was not designed to be long lasting.

“A detailed survey was carried out that showed it needed major improvements to keep it running and even then it would not be a long term solution and so ultimately isn’t a good use of limited public money.

“Any potential noise issues, or any other concerns that are raised during the consultation, will be taken into consideration through the detailed design process by the architects. There are measures that can be put in place to make sure the hall can be run successfully even with homes above it as happens elsewhere in London.”

The hall has been identified as a site for 27 socially rented homes as part of Southwark Council’s commitment to build 1,500 homes by 2018.