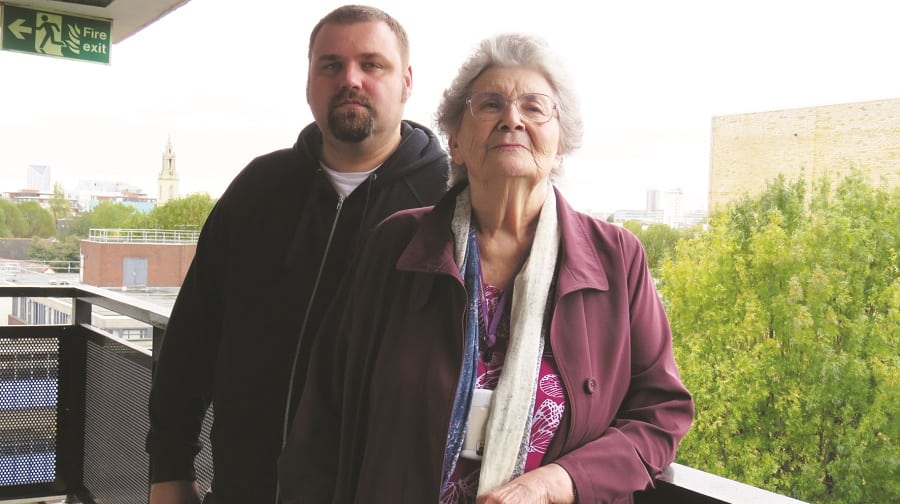 Residents living near the centre of Grosvenor’s proposed £500million Bermondsey masterplan site have raised concerns after seeing the final plans.

The property company revealed its final proposals to the public earlier this month, as it prepares to submit a planning application to the council.

The proposals include towers up to 28 storeys high, a new home for Compass School, and up to 1,350 rental homes “on a range of discounted market rents” at its site on part of the former Peek Frean biscuit factory.

But residents living in Lockwood Square, on the Four Squares Estate, in Drummond Road, have raised concerns about overshadowing from tall buildings, noise, and more pressure to GP practices after seeing the plans.

Grosvenor proposes to build two brick warehouse-style buildings – one eight storeys high, and the other stepping from eight to fourteen storeys – at the corner of Clements Road and Drummond Road.

Two conjoining brick townhouses are also planned: one ranging from five to seven storeys and facing onto Keeton’s Road, and the other stepping from seven to ten storeys facing onto Drummond Road.

Ivy Sawyer, 87, who lives in a low-rise flat opposite the current Compass School in Drummond Road, fears she will be completely overshadowed by the development.

A computer-generated image of part of the development

Meanwhile, Sheila Fairfield, 79, claims residents were told in the past by previous developers Workspace that the buildings in Drummond Road would be in keeping with the estate.

“Whoever the developer was last time before Grosvenor, they came to meet us at our tenants’ and residents’ hall and they said the buildings would be the same as our block at six storeys,” she said.

“The higher blocks further away won’t affect us as much but this one here will overshadow us; six storeys would have been comfortable.”

Bartosz Pucilowski, 37, moved to the estate four years ago with his wife and two children, now aged ten and six. His main concern was the noise the building of the development would cause.

“If they are going to work all day that’s really going to destroy our life,” he said.

“My daughter has DiGeorge syndrome and one of the problems is her hearing; she is very sensitive to the high-pitched noises so she is always wearing headphones at school.

“Next year my daughter is going to start at Compass so I’m worried about the noise and when they are studying after school it will be very hard because they need silence.”

“I’m also concerned about the security with children running around the streets there when lorries are driving around,” he added.

A computer-generated image of part of the development

Pat Duke, 81, said the proposals to build shops on the ground floor of the new buildings could be scrapped and residents could live on the bottom level to make the buildings lower instead.

A spokesperson for Grosvenor Britain & Ireland said: “We are keen to hear all views and concerns, given the ambition of these proposals. In consulting on our design this year, we have been clear there would be some taller buildings.

“We are proposing that taller buildings are located around the centre of the development, to minimise their impact on neighbouring properties and to see that the development as a whole is integrated with its surroundings.

“On GP services, we share the wish to see high-quality provision for both new and existing residents. Southwark Council’s Community Infrastructure Levy will require us, through the development, to make a sizeable financial contribution to local infrastructure, which includes healthcare.

“So we will continue to work with the council and local healthcare providers to explore the scope for improving existing local facilities.

“And on noise during construction, we understand concerns about it and will work closely with residents to minimise it.

“Building work would be staggered to minimise its impact, we would agree a detailed management plan with the council and we would continue talking to local residents throughout development to lower its impact during construction.”

They will consult and do what they like anyway,